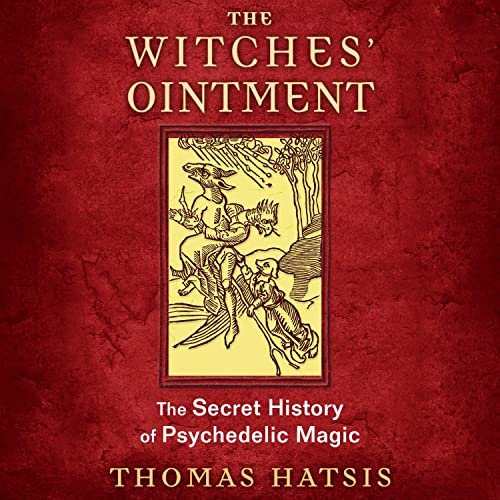 • Examines the practices of medieval witches like Matteuccia di Francisco, who used hallucinogenic drugs in her love potions and herbal preparations

Examining trial records and the pharmacopoeia of witches, alchemists, folk healers, and heretics of the 15th century, Thomas Hatsis details how a range of ideas from folk drugs to ecclesiastical fears over medicine women merged to form the classical “witch” stereotype and what history has called the “witches’ ointment”. He shares dozens of psychoactive formulas and recipes gleaned from rare manuscripts from university collections from all over the world as well as the practices and magical incantations necessary for their preparation. He explores the connections between witches’ ointments and spells for shape-shifting, spirit travel, and bewitching magic. He examines the practices of some Renaissance magicians, who inhaled powerful drugs to communicate with spirits, and of Italian folk-witches, such as Matteuccia di Francisco, who used hallucinogenic drugs in her love potions and herbal preparations, and Finicella, who used drug ointments to imagine herself transformed into a cat.

Exploring the untold history of the witches’ ointment and medieval hallucinogen use, Hatsis reveals how the Church transformed folk drug practices, specifically entheogenic ones, into satanic experiences.

What listeners say about The Witches' Ointment

The alliteration throughout the work is off putting and the authors presentation is coarse. Great content.