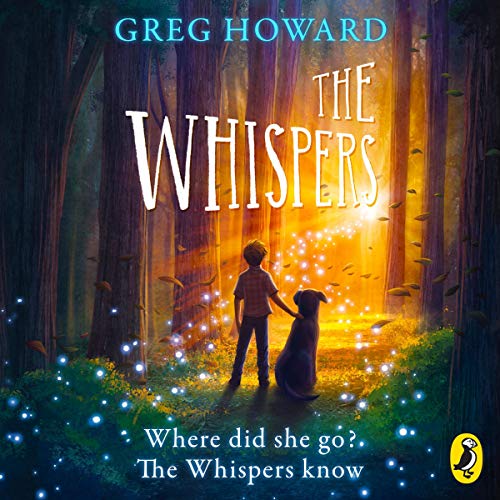 By: Greg Howard
Narrated by: Joe Jameson
Try for £0.00

Penguin presents the audiobook edition of The Whispers by Greg Howard, read by Joe Jameson.

Before she disappeared, Riley's mama used to tell him stories about the Whispers, mysterious creatures with the power to grant wishes.

Riley wishes for lots of things. He wishes his secret crush, Dylan, liked him back. He wishes the bumbling detective would stop asking awkward questions. But most of all he wishes his mother would come home....

Four months later, the police are no closer to finding out the truth - and Riley decides to take matters into his own hands. But do the Whispers really exist? And what is Riley willing to do to find out?

What listeners say about The Whispers

The narrator was top notch in his performance of this story. My problem was with the story. I had figured out how this was going to end after the first few chapters.

A wonderful story for both young & older listeners

A very moving story. I really enjoyed this. It's coming age tale about a grieving boy looking for his missing mother, with his friends, a school crush, and "The Best dog in the world", Tucker.

At first I was a little worried it wasn't for me because of the young age of the main character, but once you adapt to that, it's a really well told story. Some people have compared it to 'Bridge To Terabithia', and I'd agree.
There are definitely some similarities, but it's also a great tale in its own right.
And it's one of the few stories that left me feeling like I'd like to listen to it again in the future.