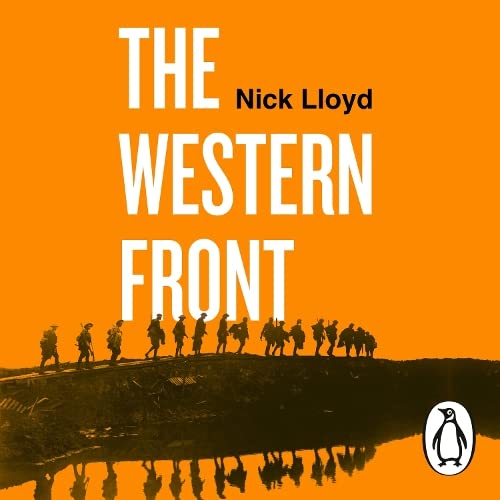 In the annals of military history, the Western Front stands as an enduring symbol of the folly and futility of war.

However, The Western Front, by best-selling military Historian Nick Lloyd, reveals that the story is not, as so many assume, one of pointlessness and stupidity. Rather, it is an epic triumph against the odds. With a cast of hundreds and a huge canvas of places and events, Lloyd tells the whole tale, revealing what happened in France and Belgium between August 1914 and November 1918 from the perspective of all the main combatants - including French, British, Belgian, US and, most importantly, German forces.

Drawing upon the latest scholarship on the war, wrongly overlooked first-person accounts and archival material from every angle, Lloyd examines the most decisive campaigns of the Great War and explains the achievements that have been too long obscured by legends of mud, blood and futility. Far from being an arena of static, stale attrition - and despite mistakes and wrong turns along the way - the Western Front was a 'cauldron of war' that saw unprecedented innovation, adaptation and tactical development.

Lloyd conveys the visceral assault of the battlefield and skillfully moves the focus in and out, giving both the bigger picture and telling detail. He recreates the decision-making and experiences of the war as it was at the time as well as with hindsight, and in doing so, redefines our understanding of this crucial theatre in this monumental tragedy.

What listeners say about The Western Front

A comprehensive explanation of leadership with unbiased criticism of both sides. Despite the top level approach it still conveyed the horror of what happened, especially the horrific use of gas. It was fascinating to discover why the generals made decisions which condemned thousands to death, on both sides. They applied considerable intellect but seemed rooted in tradition and inflexible and slow to respond to modern techniques and weapons including tanks. Some of the geographic references were difficult to follow, even with Wikipedia, as were some of the names.

I really enjoyed this book and am looking forward to the future books about the war in other parts of the world. The narration was clear and easy to follow and I never felt like I was getting bogged down by boring facts and figures.