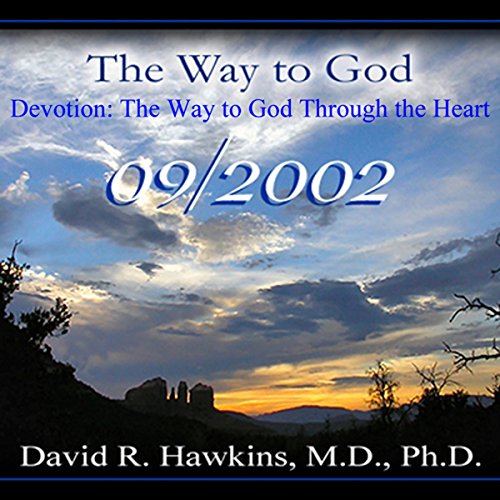 David R. Hawkins, M.D., Ph.D., is an internationally known author and speaker on the subject of spiritually advanced states of consciousness and the realization of the presence of God as Self. His published works, as well as recorded lectures, have been widely recognized as unique. They describe a very advanced state of spiritual awareness which occurred in this individual, with a scientific and clinical background, who is able to verbalize and explain the unusual phenomena in a manner that is clear and comprehensible.

Dr. Hawkins is a nationally renowned psychiatrist, physician, researcher, and lecturer, as his listings in Who's Who in America and Who's Who in the World amply attest. He has been a guest of The MacNeil/Lehrer NewsHour, Barbara Walters, and the Today show. His book Orthomolecular Psychiatry (prior to his best selling trilogy Power vs Force, The Eye of the I, and I: Reality and Subjectivity) was co-authored with Nobelist Linus Pauling. His most recent book is Healing and Recovery. He signifies his dedication to our innate Divinity with the statement "Gloria in Excelsis Deo!", with which his published works begin and end.

After determining the structure of the ego: possessionalities of positionalities (I am this, not that... this is this, not that), Dr. Hawkins demonstrates how a devotional intention framework, establishes a field context where the devotee will receive and be established in the knowingness of eternal, always forever love. What is at the end, beginning?

Beautiful Devotional Song To End This Perfectly Unfolding Love Flow Of A Teaching/Presentation.

Want a better life? Start here. Dr. Hawkins lays it out with wit and style.