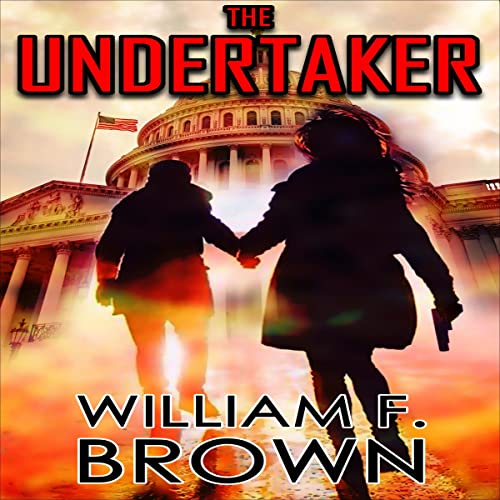 By: William F. Brown
Narrated by: Eddie Frierson
Try for £0.00

Nothing covers up a big secret faster than a fresh grave. Someone with a scalpel and embalming table is planting bodies under other people’s names.

Pete Talbott, a harried Boston computer wonk, is still grieving over the death of his wife, when he finds himself at the wrong end of Gino Parini’s .45 reading his own obituary torn from the morning newspaper. Talbott figures it’s all a big mistake, until Parini shows him his wife’s obituary too; and that’s a mystery that Pete Talbott can’t leave well-enough alone.

Sandy Kasmarek is a kick-ass art gallery attendant on Chicago’s stylish North Michigan Avenue, and her late and un-lamented husband is also featured in another of the bogus obituaries.

With a photographer’s sharp eye and the quick feet of a black belt, she and Pete are soon embroiled in government corruption, organized crime, and an FBI undercover shell game.

From a funeral home in Indiana, to car chases on the Dan Ryan Expressway, a bloody townhouse in Boston’s Back Bay, snipers in New York’s Washington Square, the cramped lower bunk on an AMTRAK train, they find themselves knee-deep in sleazy lawyers, corrupt County sheriffs, the FBI, and Mafia hit men. And if Pete and Sandy can’t stop him, they know they will be next on the Undertaker’s list.

Looking for a good beach book or something to curl up with in front of the fire, this fast-moving conspiracy thriller is from the author of Burke’s War, Burke's Gamble, Burke’s Revenge, Burke's Samovar, the new Burke's Mandarin and the forthcoming Burke's Rescue, The Undertaker, Amongst My Enemies, Thursday at Noon, Winner Lose All, and Aim True, My Brothers, as well as the Our Vietnam War series, Volumes one-four. Enjoy!

What listeners say about The Undertaker

Always on the run!

This is one of the longer story that I have listened to by William Brown. The story starts out when a guy recently widowed finds out both his wife and himself had recently passed away and services were scheduled for the next day. He is warned not to interfere but that only makes him more curious. This starts a series of road trips and train rides around the eastern United States as he goes from one bad situation to another. Along the way he finds a kickass lady who insists on tagging along. A lot of twists and turns and surprises.

He is grieving the death of his wife, when the mafia guy decides to meet him. Showing him the newspaper article of his death.
That was unforgiving he stolen his precious time of memories of her. Angry and mayhem follows as he he finds a similar incident, and interesting people along this mayhem adventure
Great plot and narration. Given audio for my voluntary review