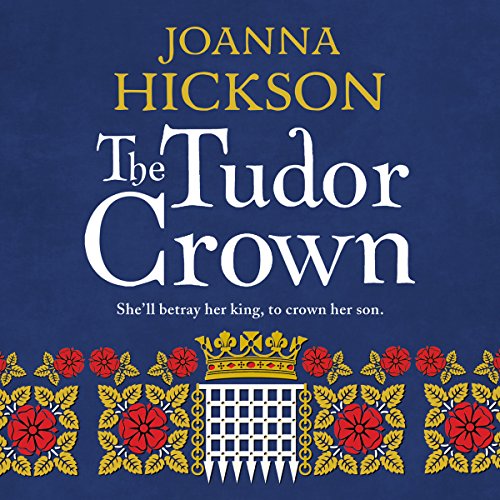 She’ll betray her King to crown her son.

When Edward of York takes back the English crown, the Wars of the Roses scatter the Lancastrian nobility, and young Henry Tudor, with a strong claim to the throne, is forced into exile.

Recently widowed and vulnerable, his mother, Lady Margaret Beaufort, forges an uncomfortable alliance with Edward’s Queen, Elizabeth Woodville. Swearing an oath of allegiance to York, Margaret agrees to marry the King’s shrewdest courtier, Lord Stanley. But can she tread the precarious line between duty to her husband, loyalty to her son, and her obligation to God and the King?

When tragedy befalls Edward’s reign, Richard of York’s ruthless actions fire the ambition of mother and son. As their destinies converge, each of them will be exposed to betrayal and treachery, and in their gruelling bid for the Tudor crown, both must be prepared to pay the ultimate price....

"A gripping and emotional story." (Woman)

What listeners say about The Tudor Crown

the punctuation is either poor or ignored. several times a sentence was added to after the reader had paused for a full stop. i found this jarring but didn't stop the enjoyment of the book.

Another excellent book by Ms. Hickson

I am a new fan of Joanna Hickson but not of medieval historical fiction. Very impressed by her writing, scholarship and storytelling skills. Sorry when each one ended. The narrator's performances are also exceptional.

Enjoyed a different approach to the story, having individuals give their point of view. Kept me engaged and interested. A great ride and well written. While I enjoyed the different narrators, I do wish the French accents didn’t sound so silly at times, other than that, great job all around!

From a different perspective

I’ve read so many books on this subject that I wondered why I had purchased one more but much to my surprise it was from Henry’s perspective leading up to the time he fought King Richard for the crown. This is the first time I’ve heard it from Henry before he was king and it was a nice change.

You need to know the history first

If you don't know the basic history of that time period, I think it would be hard to follow. it's an OK book