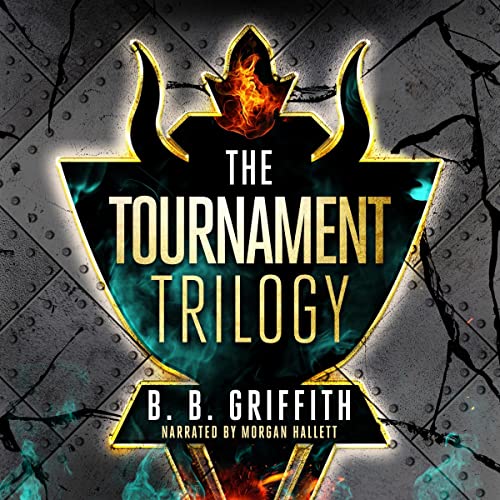 One tournament with the power to break the world apart. One team that can hold it all together. All they have to do is win.

In the near future, a shadowy organization runs a secret competition with the power to control the fates and fortunes of millions.

Frank Youngsmith lives a simple nine-to-five life as an insurance adjuster right alongside it, none the wiser. Day after day, he slogs through the same routine. Until the day he gets handed a case that pulls him into the underground world of political conspiracy, intrigue, and blood sport, known only as "the Tournament".

Frank’s discovery quickly becomes a global phenomenon; a dangerous game that means the world to legions of fans worldwide and is life or death to the handful of players that can compete. The tournament gives normal men and women from around the globe the chance to change the world. All they have to do is win.

But, the tournament has a dark history, and if the more brutal teams have their way, it has a dark future ahead of it as well. One team stands in their way, captained by Ellie Willmore, a young woman still trying to write her own story. Ellie has it within her to steer the tournament for the better, but if she ever hopes to succeed, she’ll need to pull off a miracle: unite sworn enemies to beat the best of the best.

What listeners say about The Tournament Trilogy

Hoping for a Sequel

Love the Trilogy. It kept me guessing. Here'# hoping for a Sequel to wrap things up for Teams Blue and Green.

OMG!! Unfortunately chose this for a 6 hour car ride. I immediately fell asleep and slept through the first 17 chapters. My husband,who is new to audiobooks wanted to keep listening. I wanted to jump out of the car. It was never ending boring unnecessary details. No development of the story. St chapter 29 we still don’t know the why of the story. Multiple teams fighting each other for reasons unknown to the reader. It was literally torture for me, an avid audiobook listener.