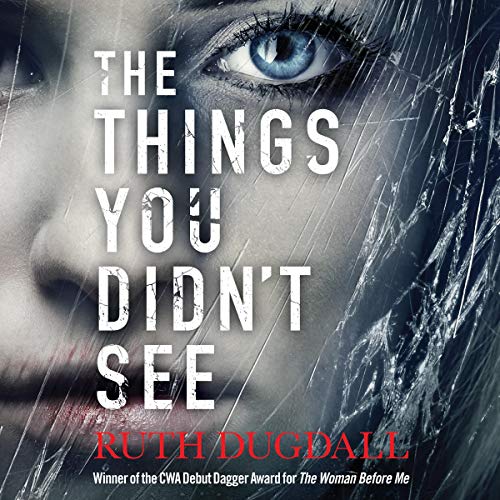 The Things You Didn't See

Her instincts are telling her something isn’t right...

On a chilly morning in rural Suffolk, Cassandra Hawke is woken by a gunshot. Her mother is clinging on to her life, the weapon still lying nearby. Everyone thinks it’s attempted suicide - but none of it makes any sense to Cass. She’s certain there’s more to it than meets the eye.

With her husband and father telling her she’s paranoid, Cass finds an unlikely ally in student paramedic Holly. Like Cass, she believes something is wrong, and together they try to uncover the truth. But is there more to Holly’s interest than she’s letting on?

With her family and loved ones at risk, Cass must ask herself: is she ready to hear the truth, and can she deal with the consequences?

What listeners say about The Things You Didn't See

What you don’t expect is what happens

Daniel I hated not his fault Cassandra was not as broken as thought , talking to her mother should have been a giveaway the plot thickens as you listen one I could not turn off an excellent book to listen to or read perfectly performed

Good story but too long in the telling

This needed a good edit. It is repetitive and points are laboured. I’m quite surprised that I made it to the end but I did want to know if I’d guessed the right killer (I had). The heavy handedness of the clues and hints made it a bit too obvious and the characters ‘ constant introspection and plot explanation was tedious and a bit patronising. Clever plot idea and there was a final twist to the tale that I didn’t anticipate. Not in the final chapter though. I don’t know why that was there.

Narrator better than the story

This book followed the lives of Holly and Cassandra. Innocence Farm was a place where Holly became terrified when others celebrated Halloween. Halloween was a time of ghosts and scary movies. Twenty years ago, when Holly was eight years old she followed her brother into the barn where his friends told ghost stories. Innocence Farm was a place she refused to think about in two decades. After twenty years, Holly was back at the place that triggered her haunting memories.

Overall:
The looming timeline of 17 days was disappointing and taxing to read. It seemed daunting to note the days beginning with November 1st when these dates played no particular significance to the actual event.

I did find it interesting how Holly, as a paramedic in training, took it upon herself to determine what really happened to Maya. She was by no means a detective, yet she felt compelled to help this family.

Some of the supporting cast of characters didn’t live very interesting lives. The Samphire spa concept didn’t interest me nor Daniels idea for herbal remedies and treatment.

Narrator:
Elizabeth Knowelden was the solo performer narrating this audiobook. Her narration was almost a whisper speaking as if a secret needs to be protected. I enjoyed listening to her performance. Her tone gave these characters a voice that enhanced my listening experience.
The narration was better than my reading experience. I bought this audiobook as a companion to my ebook.

‘The Things You Didn't See’ is my first Ruth Dugdall book and will not be my last! Exciting storyline with relatable characters and phenomenal narration by Elizabeth Knowelden. I Highly recommend!!!

What if you knew everyone was lying? Holly has a form of synesthesia which can give her insight into others emotions by mimicking the sense of touch. She controls her emotions since she cannot always be certain whose feeling she's feeling. Cass is the plan girl from up the farm Holly barely knew when a Halloween prank went dreadfully wrong twenty years before. When paramedic trainee, Holly is called back to Innocence Farm she knows that a reckoning is in hand.
The plot works well with ever ratcheting suspense and some shocks. Cass and Holly are well drawn, founded characters.