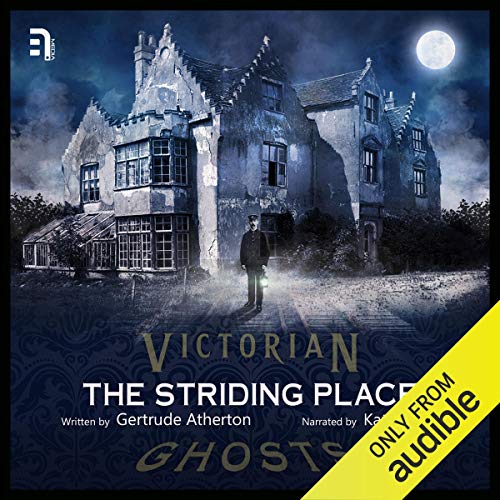 By: Gertrude Atherton
Narrated by: Katy Maw
Try for £0.00

In Gertrude Atherton’s The Striding Place, the concept of identity and a lonely death are addressed.

Weigall remembers talking with Wyatt about the soul and afterlife. Wyatt states, 'If I had my way, I should stay inside my bones until the coffin had gone into its niche, that I might obviate for my poor old comrade the tragic impersonality of death.'

The characters wonder about death and the destination of the human soul when it occurs. Weigall does not believe that the marshy bog, the Strid, has taken his friend, but when he sees a hand raised above the surface of the water, he knows it must be him and he desperately and quickly saves him. When he tries to resuscitate Wyatt, he sees that there is no face on the body. This is an extreme metaphor for the loneliness and/or mystery of death.

What listeners say about The Striding Place