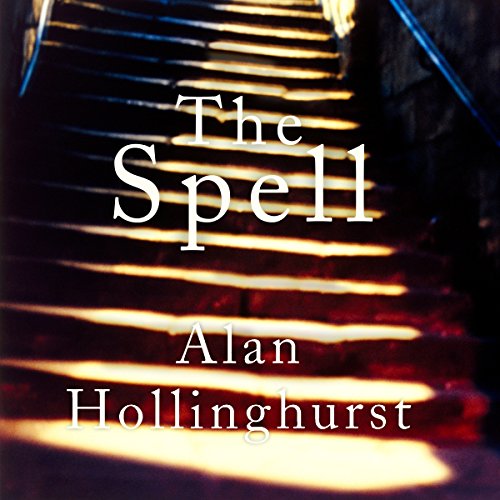 By: Alan Hollinghurst
Narrated by: Ben Allen
Try for £0.00

The Spell is a comedy of sexual manners that follows the interlocking affairs of four men: Robin, an architect in his late 40s who is trying to build an idyllic life in Dorset with his younger lover, Justin; Robin's 22-year-old son, Danny, a volatile beauty who lives for clubbing and casual sex; and the shy Alex, who is Justin's ex-boyfriend.

As each in turn falls under the spell of romance or drugs, country living or rough trade, a richly ironic picture emerges of the clashing imperatives of modern gay life. At once lyrical, sceptical and romantic, The Spell confirms Alan Hollinghurst as one of Britain's most important novelists.

From the Booker Prize-winning author of The Line of Beauty.

What listeners say about The Spell

A pleasant story, full of very sexy characters. Melancholy in places, quite amusing in other places.

The story is quite languid in feel which makes it a more gentle experience rather than many of highly charged literature of today.

Not one of his best in my view. None of the characters are that sympathetic.

For a comedy it's rather depressing

I'm not sure if it was the somber narration or the story depressing me. The characters were colorful but unable to express themselves or imagine a future. In fact it's about four lonely drifters.