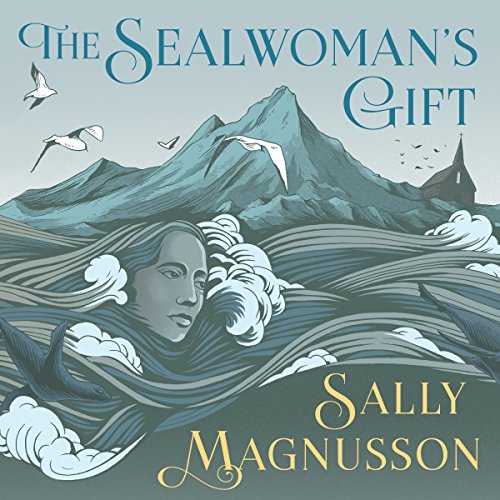 By: Sally Magnusson
Narrated by: Katherine Manners
Try for £0.00

In 1627 Barbary pirates raided the coast of Iceland and abducted some 400 of its people, including 250 from a tiny island off the mainland. Among the captives sold into slavery in Algiers were the island pastor, his wife and their three children. Although the raid itself is well documented, little is known about what happened to the women and children afterwards. It was a time when women everywhere were largely silent.

In this brilliant reimagining, Sally Magnusson gives a voice to Ásta, the pastor's wife. Enslaved in an alien Arab culture Ásta meets the loss of both her freedom and her children with the one thing she has brought from home: the stories in her head. Steeped in the sagas and folk tales of her northern homeland, she finds herself experiencing not just the separations and agonies of captivity, but the reassessments that come in any age when intelligent eyes are opened to other lives, other cultures and other kinds of loving.

The Sealwoman's Gift is about the eternal power of story telling to help us survive. The novel is full of stories - Icelandic ones told to fend off a slave-owner's advances, Arabian ones to help an old man die. And there are others, too: the stories we tell ourselves to protect our minds from what cannot otherwise be borne, the stories we need to make us happy.

"A remarkable feat of imagination...I enjoyed and admired it in equal measure." (Sarah Perry, author of The Essex Serpent)

"An extraordinarily immersive read, that emphasises the power of stories, examining themes of motherhood, identity, exile and freedom...a journey that not only crosses continents, but encompasses tragedy and rich sensuality." (Guardian)

What listeners say about The Sealwoman's Gift

Writing was beautiful and the narrator was good, but this was quite different from what I had been lead to expect. I was sold on the concept that this book was about a historical fantasy set in Iceland, drawing on their local mythology including elf people and seal people. This was more a dark historical drama, where the mythology was only briefly touched upon on the start and end. I enjoyed the setting but it was not for me. It was very dark and I did not feel for the characters or understand their decisions. I think it is also important to alert people to the fact that rape and slavery are potentially triggering and frequent occurrences in the book. The amount of characters was also a little confusing at the beginning. Obviously, not what I had hoped for. The writing was very beautiful and I liked the historical Icelandic setting very much. The ending was a little rushed and confusing though.

What did you like most about The Sealwoman's Gift?

Such an unusual setting and era - opened a door on a part of history that we know so little about. Explored the unimaginable: what it would be like to be captured and sold into slavery. Went beyond the horror of that idea and told an absorbing tale of change, loss, hope and ultimate faithfulness.

What other book might you compare The Sealwoman's Gift to, and why?

Daughter of Fire and Ice

Similar part of the world. Unusual. A peep into a moment in history.

Which character – as performed by Katherine Manners – was your favourite?

a life beyond the unimaginable: sold into slavery

I must say that as idyllic as Iceland seemed, refreshing glacial rivers, colourful Puffins (to eat!), the writing was so good that I could almost feel the cold. From a female perspective, given the situation of being a slave in a warm country with good food and pleasant surroundings as compared with being a free person, freezing, damp and hungry - I would be seriously torn.

Sally Magnusson has woven an excellent work of fiction around this real-life historical incident. I attended a talk given by Sally in Pitlochry when Sally herself read from her book and remarked that it would be perfect if she did the narration herself. However, Katherine Manners did a flawless narration and did not let Sally’s book down at all. Katherines’s pronunciation of the Icelandic family names and places was so good I would not be surprised to hear she was Icelandic herself - excellent.

Even the ending, which I will not spoil, it was not what I was hoping for, but very true to life rather than fiction.

A truly delightful and poignant and insightful story, and beautifully read. A wonderful picture of life in both Iceland and Algiers.

An amazing story. So much so as it’s based on true events. Loved it! Hope you do too!

So very very slow and full of uninteresting details. The inner life of the women is what you would expect from any paperback romance, very little to do with the historical theme of the book which initially drew me.

The narrator was excellent, perfectly pitched and sensitive.
The overall story was captivating with characters fully brought alive and animated throughout.
The story is very touching and kept me wanting to find out more about their journey. A sweeping novel with beautiful descriptive narrative.
Highly recommended.

An Icelandic Saga Under African Skies

What a lovely book. A historical novel with a difference and beautifully read.

I really loved it, believed in all of the characters and felt I'd experienced the harshness of life in Iceland, the horrors of capture and transportation and the misery of slavery.

Throughout the novel, the importance of storytelling to humanity was emphasised and the feisty and resilient heroine, Asta, survived her ordeal and eventual return to Iceland partly because of the Icelandic sagas she had clung to throughout her life.

This is well worth listening to. I would describe it as a slow-burner, but stick with it; it is a satisfying read.

Unusual and interesting story line. Conjured up what it might be like to be wrenched from one culture to another... and how, in order to survive, we inevitably start to put down roots where ever we find ourselves. Narrator was excellent, loved her prounciation of all the Icelandic words I would have skipped over had I read the book.

Interesting at first--but I got bored.

This novel is based on a true event when, in the mid-17th century, a Turkish fleet flying under Danish flags raids the small Icelandic island community of Heimat, slaughtering many of the inhabitants but also pirating others away to be sold as slaves. The main character, Asta, is the pregnant second wife of Olafur, a much older priest. Asta gives birth to her youngest child, Jon, during the journey to Algiers. There, the family is split apart, and Asta spends nearly ten years as slave to a Muslim master. During this time, she struggles to hold on to her Christian faith and to reunite with her children and friends. She finds solace in the Icelandic sagas that she loves and also uses them to entertain her master. When Asta learns that her husband (who she had presumed was dead) has finally persuaded the Danish king to ransom the some of the captives, she faces a decision that will be devastating, no matter what choice she makes. She is forced to reassess her life, her priorities, and her values.

Although I enjoyed the novel, I felt that it got bogged down at times, especially when it broke out in romance. Magnusson certainly has done her research and gives insights into the reality of life for Muslim women in the time period: near the end, one character even observes how odd it seems that these women, who had suffered terrible fates as slaves, came home not broken but standing taller and stronger.

Would you listen to The Sealwoman's Gift again? Why?

I went right back to the beginning when it was over. Poetic writing. Heart-wrenching story where the spirit of kindness prevails. Thought provoking exploration of religion, slavery and human relationships. Historical fiction at its best.

Slow at first but turned into an interesting tale by the end. Recommended if you like historical fiction

The author tells a great story, intertwined with historical events, interesting characters and colorful scenic descriptions. It was as if I could step into the book and walk along side them, recognizing each as I went along. This is a story of fear and suffering but hopes and dreams, devotion and giving, and love. I was deeply moved. Thank you Sally Magnusson...and the great narration of Katherine Manners.

A saga for the ages

Sally has spun a marvelously moving tale. It’s a story of women - and a woman, Áste - trying to survive, hold on to family and their own identities in a man’s world, no matter where in the world. It could be a story of 2018, as well as 1628. Katherine narrates the audiobook beautifully, lifting the words off the page in the oral tradition of Áste and Scheherazade.