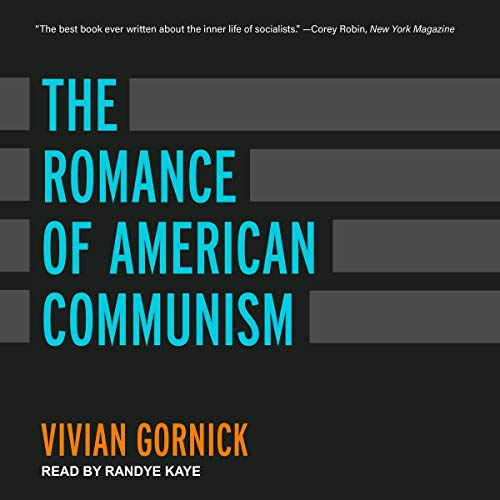 The Romance of American Communism

By: Vivian Gornick
Narrated by: Randye Kaye
Try for £0.00

So begins Vivian Gornick's exploration of how the world of socialists, communists, and progressives in the 1940s and 1950s created a rich, diverse world where ordinary men and women felt their lives connected to a larger human project.

Now back in print after its initial publication in 1977 and with a new introduction by the author, The Romance of American Communism is a landmark work of new journalism, profiling American Communist Party members and fellow travelers as they joined the Party, lived within its orbit, and left in disillusionment and disappointment as Stalin's crimes became public.

What listeners say about The Romance of American Communism