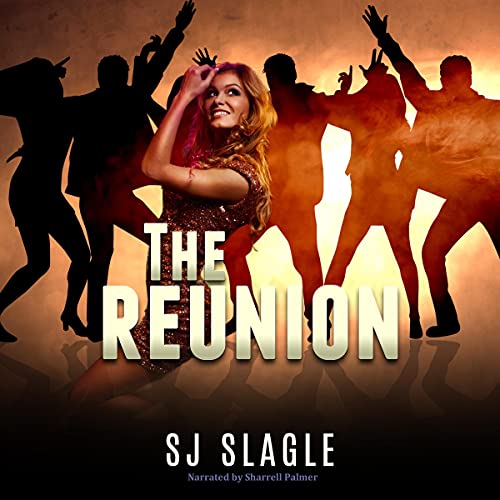 By: SJ Slagle
Narrated by: Chantelle Clarke
Try for £0.00

A strange thing happens at David Wilson's 20th high school reunion: the homecoming queen dies. That was as unexpected as David's arrest for her murder a week later.

A popular high school biology teacher, David and his wife Lisa are caught up in a fast-paced life in Phoenix with two jobs and two kids. Drugs, bullying, adultery, and abortion are underlying tensions that fester and drive wedges between family members. With the Wilsons falling apart, his reunion seemed an oasis of calm.

At least, that's what David had hoped for. Instead he faces interrogations and accusations from friend and foe alike. Lisa wants to believe in her husband's innocence but too many fingers are pointing his way. She questions everything she thought she knew about David and his past. But her past is as traumatic as his and the danger she faces is real as she slogs through a myriad of lies.

Was the baby his? Was the friendly neighborhood priest a little too friendly? The homecoming queen's father and best friend are not helpful as Lisa endeavors to find out what really happened that night.

The answers she discovers are not the ones she sought and they wobble her existence more than she could have ever imagined.

What listeners say about The Reunion

a reunion to never forget.

A reunion is supposed to be fun, catch up with classmates, Not to end up with a murder.
Murder, mayhem, secrets, lies, marriage problems.. who did it. wrongfully accused. This story will have you guessing till the end.
Chantelle Clarke narration is very good

An interesting and engaging look at past mistakes and how one is never free of them. Clever mystery that kept me guessing. I was provided a copy for my voluntary review.

I really enjoyed this book by a new to me author. It is also the first time I have listened to this narrator and I thought she did a really good job of making this story believable and very thought provoking. The subject matter was something that a lot of marriages have probably dealt with at one time or another. Do you really trust each other when the evidence is stacked against them. I liked how the author took us into the thoughts and actions of many of the characters in this book so you could try and come to your own conclusions. A different way for a crime mystery and I found it really interesting. I do believe I will be looking for more books by this author.
I received a free code from Audiobooks Unleashed to listen to this book on Audible. This review is my own honest opinion.