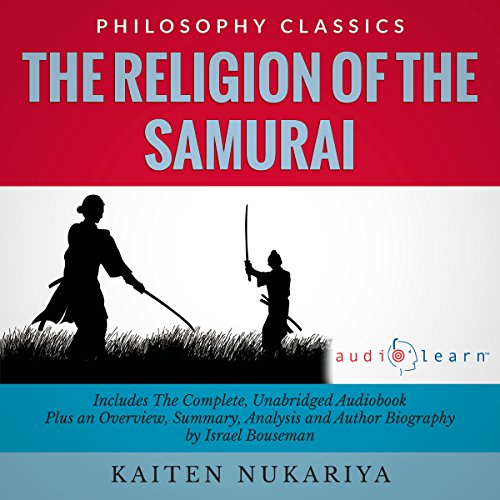 The Religion of the Samurai by Kaiten Nukariya

The samurai are still remembered as some of the fiercest and most skilled warriors in human history. The name alone evokes an image of the grave and powerful swordsman, clad in lacquered armor and armed with a code of honor and clarity of mind that makes the soldiers of the modern era look like children new to the art. But what was it that allowed these men to hone their minds and bodies to such levels of skill and precision? They had no more and no less than any human alive today. The same human potential, the same number of years in their lives. The answer lies in the method of training they received, a method which trains mind as well as body, a way of seeing the world that illuminates the amazing potential inherent in us all and brings it into focus. The core of this perspective can be given in one word: Zen. But the word itself is just a word, a signpost at best along the path to the embodiment of these great gifts. This work, The Religion of the Samurai, explores the nature and origins of Zen, its history, and methods of training. It is a peek through the door that separates the Western knowledge of things and the Eastern knowledge of self, a chance to gain insight on a path that can take us far beyond the chains of our limited perception and into a new realm of freedom and empowerment. The narration of the work is preceded by a summary, including an overview and analysis of the text. This is a key work for those who wish to understand the nature and background of Zen, and who wish to take the first steps to integrate this ancient and illuminating practice into their lives.