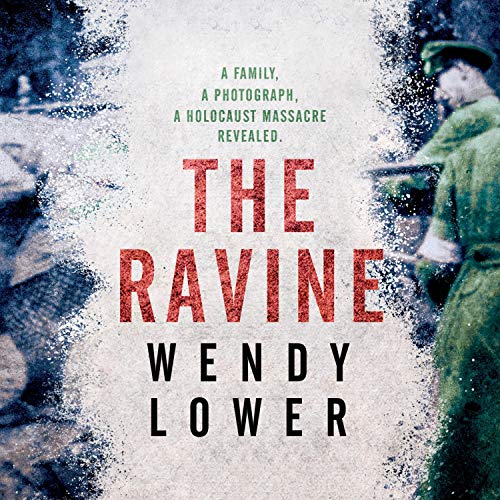 By: Wendy Lower
Narrated by: Jan Goodman
Try for £0.00

A strikingly original book about a terrible photograph - an exceptionally rare image documenting the horrific final moment of the murder of a family in Ukraine.

Photographic images of the Holocaust are very rare. The perpetrators were careful to avoid leaving visual evidence of what they did in Poland and the Soviet Union during and after the summer of 1941. But Wendy Lower discovered an old print that captured the moment a woman and child were shot and pushed into a pit by two riflemen, while another uniformed figure looks complacently on.

Through diligent research in archives and interviews with descendants and survivors in the Ukraine, Slovakia and the USA, Wendy Lower was able to identify the place, the time and the identity of the killers and witnesses. She was even able to discover the identity of the photographer, whose own story was brave and remarkable, and to trace the camera he used that day - and hold it in her hands.

By concentrating carefully on a single image, the larger horror of the genocide is brought into sharp focus.

What listeners say about The Ravine

This is a stunning book. The importance of a photograph lays bare the Holocaust. Devoid of any hyperbole, it's simplicity increases the power of the narrative