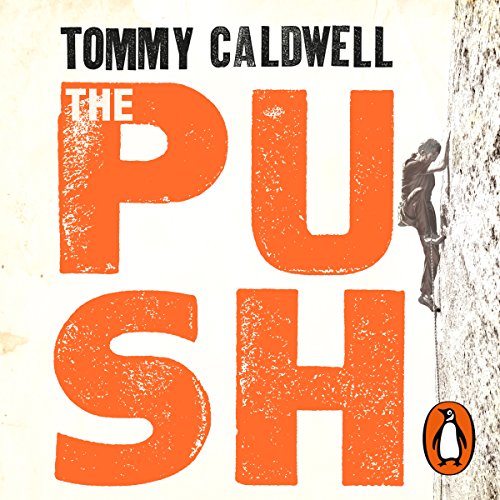 By: Tommy Caldwell
Narrated by: Johnathan McClain
Try for £0.00

On January 14, 2015, Tommy Caldwell, along with his partner, Kevin Jorgeson, summited what is widely regarded as the hardest climb in history Yosemite's nearly vertical 3,000 foot Dawn Wall, after 19 days on the route.

Caldwell's odds-defying feat was the culmination of an entire lifetime of pushing himself to his limits as an athlete.

This engrossing memoir chronicles the journey of a boy with a fanatical mountain-guide father who was determined to instill toughness in his son to a teen whose obsessive nature drove him to the top of the sport-climbing circuit.

Caldwell's affinity for adventure then led him to the vertigo-inducing and little understood world of big wall free climbing. But his evolution as a climber was not without challenges: in his early 20s, he was held hostage by militants in a harrowing ordeal in the mountains of Kyrgyzstan. Soon after, he lost his left index finger in an accident. Later his wife and main climbing partner left him. Caldwell emerged from these hardships with a renewed sense of purpose and determination. He set his sights on free climbing El Capitan's biggest, steepest, blankest face: the Dawn Wall. This epic assault took more than seven years, during which time Caldwell redefined the sport, found love again and became a father.

The Push is an arresting story of focus, drive, motivation, endurance, and transformation, a book that will appeal to anyone.

What listeners say about The Push

If your looking for a story of epic climbing and can stomach endless padding with a morose love story then this might be your book. If what your really after is a story about a naive twenty year old babbling on about how wonderful his current girlfriend is, how amazing his life is, how God and children will make life so amazing then this will be right up your street. Repleat with fist pumping, self congratulatory cliches and naive contradictory messages on happiness and life this book is like wading through treacle. In a word 'vomitous'... stick to climbing tommy, all you've achieved here is to paint a picture of a young man with a poor sense of self clinging to rock and American cliches as the only path to happiness...

The Push by Tommy Caldwell

A tremendous book. I enjoy climbing and mountaineering books but this one is special. The thrill of being out on a climb shines through but there is an honesty about self-doubt which few athletes will talk about. The complexity of human relationships is woven in bringing moments of great joy and also great sadness, feelings mirrored on his climbs. Like all examples of expertise it is clear that Tommy wasn't born and climber but became one, through the now familiar mix of expert coaching, a supportive environment and huge self-belief, commitment and resilience. The narrator also does a great job and is easy to listen too.

Im not a climber, I’ve only dabbled on an indoor wall. The only reason I say this is that climbing knowledge isn’t necessary to appreciate the candour, spirit, drive and honesty so wonderfully told throughout the story. It’s tough to imagine some of the descriptions at times….so, just pop yourself on YouTube and watch some action. When you go back to the story, it’ll all start to add up! A wonderful 12 or so hours to be accompanied by. Thanks 😊👍

Very enjoyable a good mixture of everything

This book is simply excellent. Part autobiography part tale of a climber's greatest achievement. I highly recommend this book to anyone with a love of adventure, the outdoors, climbing of life in general.

I enjoyed everything about this book. The reader was easy to listen to and Tommy’s story is captivating throughout.

First half was dramatic and gripping, 2nd half is more about the technicalities of rock climbing, but still an overall very good story and well narrated.

Must read for every climber

The story is extremely interesting and I definitely recommend the book for anyone who's into climbing. Even after watching the movie, the book gives much more.. It's just written in a bit too poetic way for my preference.

It made ma cry both happy and sad tears and hide my face behind my hands when describing the difficulties of this incredible climb.

This is a mostly excellent book, but is marred by the weird fixation on his ex wife Beth Rodden. This period in his life was understandably a major factor in what was to follow, but T.C spends way to much time going over the relationship with a fine tooth comb. It drags this book down from a 5 to a 3 in my opinion. Performance wise, this is a 5, absolutely perfect narration.

I couldn’t stop listening! A fantastic book for climbers and non climbers as well. As a climber though I found it captures every essence of what it is to be a climber.