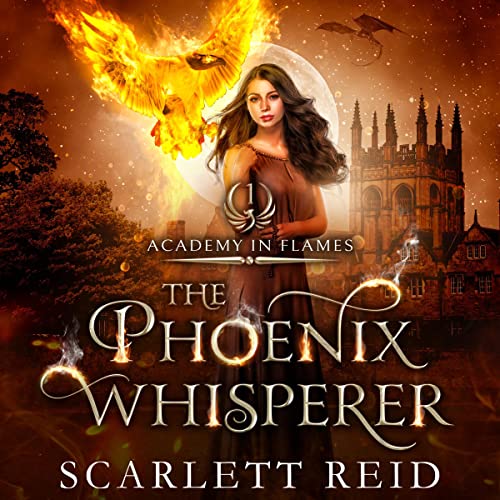 By: Scarlett Reid
Narrated by: Stevie Zimmerman
Try for £0.00

"All my life I wanted to be a respected dragon rider. That is, until I met my phoenix."

Ana de Navalles has almost nothing, aside from her friends. Having always been a child of the slums, her fortunes change when she’s admitted to Galfour’s Point, the prestigious and almost mythical academy, and the only place in the world where you can train to become a dragon rider.

Just before she is set to leave, her friend Cien is murdered before her by a mob-affiliated criminal with surprising strength. But Ana does not cower. With dark magic seemingly on the rise, her hunger to make something of herself - and thirst for revenge - is revived.

After mere days at the academy, Ana is beginning to feel like the odd one out. A poor slum-dweller in a school of snobbish rich kids, all eyes are on her, and if she can’t pass her entrance exams, she’ll be kicked out without so much of a glance at a dragon.

So when she discovers a young phoenix, newly hatched, and quickly establishes a bond with the precocious and unpredictable creature, Ana’s suddenly the talk of the academy. If, that is, she can convince the school authorities to let them stay.

As Ana and her friends - some new and some old - prepare to investigate Cien’s murder, nefarious forces within the academy and outside in the wider world conspire against them. Can Ana and Fyrenza - her newly named phoenix - rise from the ashes, and shine bright upon a cruel world?

This novel contains violence. This is a young adult fantasy novel. If you love epic phoenix-tamer fantasy, life-risking adventure, and loyal friendships, Phoenix Whisperer is for you.

What listeners say about The Phoenix Whisperer