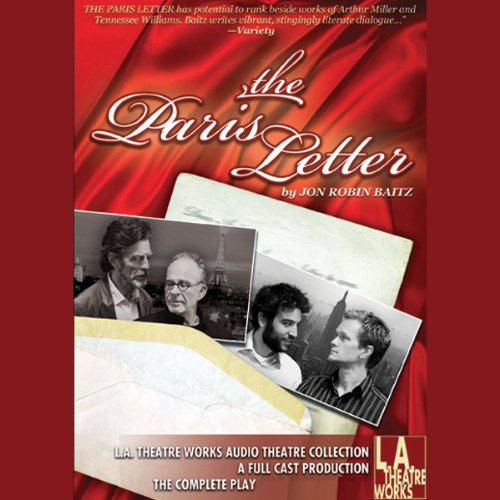 From one of the most important young American playwrights comes a work that expands beyond its premise and characters to meditate on themes of repression, denial, and betrayal. Financial whiz Sandy Sonnenberg has long ago chosen to deny his homosexuality, creating a facade that ultimately causes his self-destruction as he eventually faces the repercussions of his actions. Performing for a live audience, the cast of award-winning actors - including Neil Patrick Harris, Patricia Wettig, and Ron Rifkin - maintains a snappy pace that just barely veils the unsaid words, vulnerability, and roiling emotions underneath.

The latest work from one of America's most important young playwrights and creator of the current hit TV series, "Brothers and Sisters". Financial powerhouse Sandy Sonnenberg finds his personal and professional life threatened by unraveling secrets from his past. A tragic game of financial and moral betrayal plays out over four decades, with an exacting price - family, friends, love and marriage. Starring members of the original Off-Broadway production.
©2009 L.A. Theatre Works (P)2009 L.A. Theatre Works
Drama & Plays
Show More Show Less

What listeners say about The Paris Letter (Dramatization)

Loved this and NPH/Josh Radnor was an amazing mesh in character relationships............one of those plays that just completely engulfs you.

A tale of self-deception and consequences

What made the experience of listening to The Paris Letter (Dramatization) the most enjoyable?

This was the first play of Jon Robin Baits I have listened to so far and it was touching and thought-provoking. The plot encompasses several decades and characters, but is easy to follow. The story remained on my mind for days after. Each actor delivered a wonderful performance!

Which character – as performed by the narrators – was your favorite?

I especially liked Anton, the narrator of the story. There was an unapologetic quality to him, a man who knows who he is and remains true to himself. He manages to remain involved and somewhat objective at the same time. John Glover is one of my favourite actors and he was as moving as always.

I am looking forward to listening to other plays by this author. I have seen his TV creation, the drama Brothers And Sisters, and now I value him as a playwright as well.