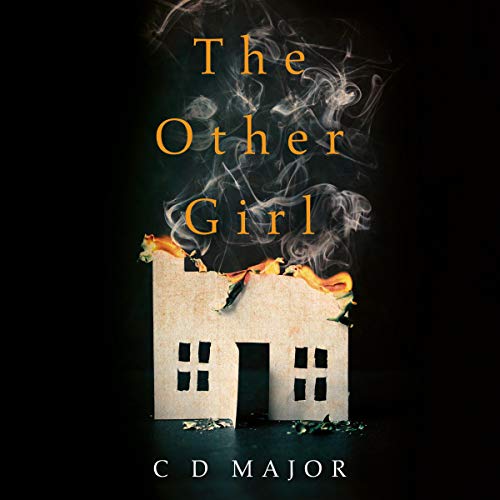 By: C D Major
Narrated by: Katherine Littrell
Try for £0.00

They thought she was insane. But what if she was telling the truth?

1942, New Zealand. Edith’s been locked away for a long time. She was just five years old when she was sent to Seacliff Lunatic Asylum. Fifteen years later, she has few memories of her life before the asylum, but longs for one beyond it.

When she survives a devastating fire that destroys her ward, Edith is questioned by the police and a young doctor, Declan Harris. Intrigued by his beautiful patient, Declan begins to doubt the official reasons for her incarceration. Is she truly mad - or could the impossible stories she told as a child actually be true?

Time is running out. With Edie awaiting a new and permanent treatment, soon there will be little of her left to save. Meanwhile intrigue has tipped into obsession - Declan needs to uncover the truth, but in doing so he will risk losing everything. As he sets out to save her mind, will he lose his own?

What listeners say about The Other Girl

held my attention to the end. really enjoyed this book characters were believable Great read

Very good. Reminded me of the Silent Patient at first. Slightly predictable maybe towards end.

Found this Reality Hard to put Too Turn off Until today there has never been proof these methods work. They only Turn Patients into Zombies.
So well Researched I hope The Doctor never sent her back.
A part two would be good great Material for a new mini series .
The Narrator was wonderful I Highly recommend this Book what ever your beliefs are. !

couldn't get into this book at all

didn't even bother to finish, complete waste of money. don't think I'll even go back to it either.

A good idea made boring

The two central influences for this book - the unexplained fire at a mental institution in NZ and the strange, inexplicable ability of some children to seemingly reincarnate others’ lives - seemed like a promising starting point. However the author renders the subject matter in such a boring way that half way through I was hoping that the central character Edith would have her lachotomy (lobotomy?) which would render her stupid and we could be done with the whole story. The narrator does try to enliven the prose, but this is a difficult job. If one more person licked their lips when they were stressed, took a wry tone with the distress of the in patients or indicated their inner response with an eye movement, I thought I would scream.The main male character ( and yes ladies this is an intelligent well educated man rescuing a damsel in distress - yawn) dithers and dallies about every decision to the degree it had me shouting at him to just bloody DO something. And I guessed the big reveal ending about two thirds in. This author had me wishing that I wasn’t a person who must finish a book once I’ve started it ... life’s too short to waste time on lightweight prose like this.

I think the book is okay, the narrator was quite good and the premise of the story is fine; could’ve been more interesting.

One thing I didn’t really like about the book is that it seems to hold the doctor helping Edith as a heroic man who holds high regards with his patients, especially Edith’s friend, Bernie. However, he was only determined to help her purely based on his attraction to her, which I find unethical. I wish it was challenged more. The few weak attempts were poor and the book made it seem like the person confronting him was actually the bad one, in my opinion.

I was gripped from the outset. As the story unfolded I was a bit sceptical but then did some research into the subject matter, and was fascinated. Good and bad guys in the book, resulting in a use and ill treatment. The ending was quite a twist! Highly recommended. Wonderfully narrated.

Very interesting subject matter and writing style. Kept my attention all the way through. The ending had an interesting twist, and the issue of reincarnation gave me goosebumps!

Also sheds light on the very cruel treatment of “mental” patients around the 1950’s and how many of them were controlled and threatened with unnecessary medications as well as the horrors of Electro Shock Therapy and the unconscionable use of performing lobotomies. Unbelievable! Thank God we have come a (reasonably) long way since then.

I enjoyed listening to the narrator who has a pleasant voice and delightful accent.

I didn't think it was a thriller at all. it just went on and on and took forever to get to the point. which I had already figured out.

So many mixed emotions

So I hated this book and couldn't put it down, except when I had to because I couldn't take anymore. Then I had to know what happened next and picked it back up again. There were times I was so angry and times I was less angry. There was some drag and repetition in inner dialogue but not enough to push me away. This book would have had 5 stars if it weren't for the ending. It all worked until it didn't. This is another author who had to twist just one too many times. Either end twist would have been ok, just not both at the same time.

Loved it great storyline. I would recommend. probably would read again. interesting story. holds your attention.