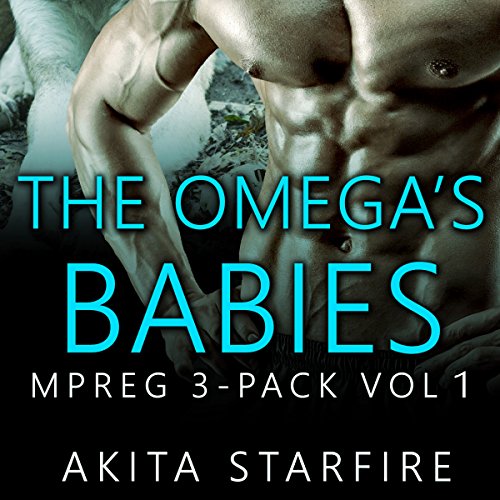 By: Akita StarFire
Narrated by: Kelly Morgan
Try for £0.00

These audiobooks contains no cheating, no cliffhangers, and a juicy HEA that will warm your hearts!

"You're just a mouse! How do you expect to protect your cheese let alone the king?"

Jason just wanted to protect the king. But being a small were-mouse isn’t easy. Not only did he get no respect from anyone in the kingdom, but he was always having to dodge out of everyone’s way.

But Jason knew something; something the others didn’t. He alone knew the king needed protection. And he alone would be there for him when he was betrayed.

But can a small were-mouse save the life of the king - a large were-lion? Will he be in time? Or will he be forced to watch the kingdom crumble to the greed and hate of a traitor that only he knows about?

Is it so wrong for a were-sheep to love a werewolf?

Roy and Lobo were in love. Roy snuck out of the farm every night to see his alpha, Lobo, the light of his life. But his herd-mates would never understand his love for Lobo. All it would take was being caught one time. No, he couldn’t risk it. Especially not with the babies....

Breaking up with Lobo was the hardest thing he ever had to do. But was it the right decision? Finding someone to fill the void in his heart proved to be an insurmountable task. Roy resigned himself to raising the pups alone. Until the fire changed everything.

Passion of the Werewolf

Mitch: I’m an omega. I’ve always loved being an omega. I’ve always desired babies, as all good omegas do. Working the late shift as a weatherman, I had just finished my night and was cautioned against walking home alone. Omegas were being taken right off the street at an alarming rate. Throwing caution to the wind, as I didn’t live far from the station, I set out and...got myself captured. In the van I was thrown in to were other omegas like myself. But there was also a very handsome alpha, and I could smell something very different about him. Could he be?

Rick: I’m an alpha. My job is a detective with the police department. On an undercover assignment to infiltrate this gang, a very strange omega was placed by my side. It was almost as if fate had thrown us together. For one night, I let down my guard and had a passionate tryst with this new omega. No one had captured my heart. Not since...well, not since Jack. But it’s too painful. Even still. I can’t make the same mistake twice. I can’t lose Mitch, too.

What listeners say about The Omega's Babies: 3-Pack Vol 1

An ok read, short and engaging

This three book boxset of short love stories with a little touch of angst and drama. It was short and engaging.

This audiobook has three short stories that are entertaining. With fast love in all three it’s a whirlwind romance. Great performance.

I didn’t finish listening to this series because I personally found the narrators voice annoying. Was she trying to deepen her voice or is it really that way. I’ve read this series and love Akita StarFire’s books, just didn’t like this narration.

So this was good, but the writing made the Omega sound like women. And for women listening to this, it was kind of blah. I understand all AOB stories can have Different scenarios, but why to make the Omega sound so helpless. I was not too fond of that. No one is naturally weak

Great book, kept my attention all the way to the end, amazing audio delivery, loved it. Will be reading again, every chapter was received amazingly do recommend you give it a read.

It is what it is

You’ll be pleased with this selection of books if you aren’t expecting much. Good escapist fun. Narrator was good even though I prefer men narrating mm stories.

I received this book for free for a honest review. great m/m paranormal read. sweet stories. I loved the characters and storyline.  it flowed very well and held together.  The narrator did an excellent job of bringing the characters to life.  reccomend

I could not finish the book. Neither author or narrator seemed incline to care enough to deliver anything but a rough draft better left to grow.

such a terrible choice of reader. I do believe it could have been a ok read, but that is not the case here.

The story may have been OK if it wasn't so very cheesy. I understand there are only so many way to refer to male genitalia but the ones used in this book selection were absolutely the worst.