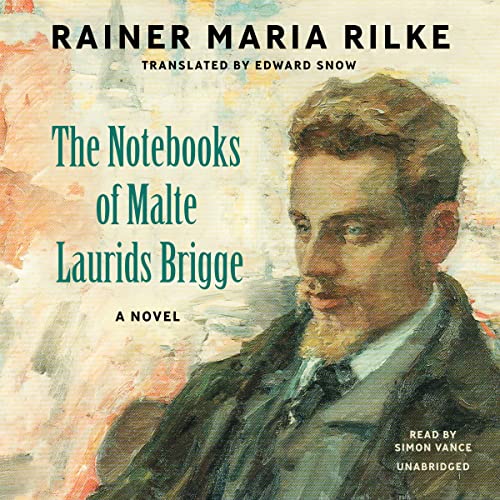 The Notebooks of Malte Laurids Brigge

By: Rainer Maria Rilke
Narrated by: Simon Vance
Try for £0.00

A stunning, revelatory new translation of the only novel from one of the greatest poets of the twentieth century.

A groundbreaking masterpiece of early European modernism, originally published in 1910, The Notebooks of Malte Laurids Brigge unspools the vivid reflections of the titular young poet and nobleman. From his Paris garret, Brigge records his encounters with the city and its people, muses on his family history, and lays bare an alternately exquisite and grotesque atmosphere of death. With a poet’s attention to language, Rainer Maria Rilke forges a dazzlingly visual coming-of-age narrative, kaleidoscopic in its approach to time and its portraits of Parisian life.

“Among the most trustworthy and exhilarating of Rilke’s contemporary translators” (Washington Post), Edward Snow zeroes in on the potent precision and astonishing, musical clarity of Rilke’s prose. The Notebooks of Malte Laurids Brigge confronts strikingly contemporary concerns of authorship, empathy, and the differences between appearances and reality, remaining an urgent achievement more than one hundred years after it was written.

What listeners say about The Notebooks of Malte Laurids Brigge