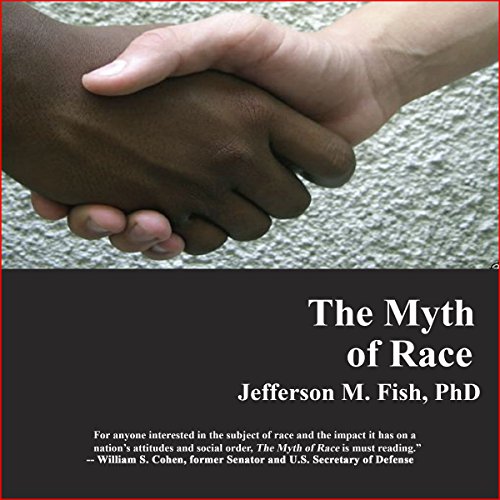 The Myth of Race

By: Jefferson M. Fish
Narrated by: Derek Perkins
Try for £0.00

The Myth of Race deals concisely with a wide range of topics, from how the concept of race differs in different cultures and race relations in the United States, to IQ tests and the census. It draws on scientific knowledge to topple a series of myths that pass as facts, correct false assumptions, and clarify cultural misunderstandings about the highly charged topic of race.

The book demonstrates that the apparently straightforward concept of race is actually a confused mixture of two different concepts; and the confusion often leads to miscommunication. The first concept, biological race, simply doesn’t exist in the human species. Instead, what exists is gradual variation in what people look like (e.g., skin color and facial features) and in their genes, as you travel around the planet - with more distant populations appearing more different than closer ones. If you travel in different directions, the populations look different in different ways. The second concept, social race, is a set of cultural categories for labeling people based on how their ancestors were classified, selected aspects of what they look like, or various combinations of both. These sets of categories vary widely from one culture to another.

Praise for The Myth of Race comes from former US Secretary of Defense William Cohen, and from anthropologist Audrey Smedley, author of Race in North America. Secretary Cohen said, "Writing with stunning clarity, Dr. Fish poses profound and perturbing questions about race...The Myth of Race is must reading."

What listeners say about The Myth of Race

Very academic in style. Informative and probably the best written book on this topic. Brief read, which is a plus because it was a bit dry. Not really enjoyable, but insightful.