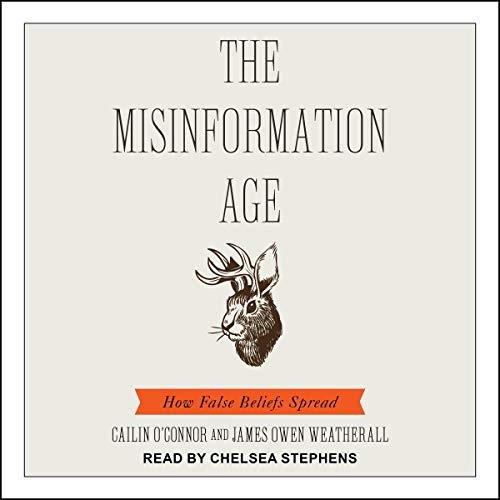 The social dynamics of "alternative facts": why what you believe depends on who you know

Why should we care about having true beliefs? And why do demonstrably false beliefs persist and spread despite consequences for the people who hold them? Philosophers of science Cailin O'Connor and James Weatherall argue that social factors, rather than individual psychology, are what's essential to understanding the spread and persistence of false belief. It might seem that there's an obvious reason that true beliefs matter: false beliefs will hurt you. But if that's right, then why is it (apparently) irrelevant to many people whether they believe true things or not?

In an age riven by "fake news," "alternative facts," and disputes over the validity of everything from climate change to the size of inauguration crowds, the authors argue that social factors, not individual psychology, are what's essential to understanding the persistence of false belief and that we must know how those social forces work in order to fight misinformation effectively.

What listeners say about The Misinformation Age

Well worth hearing, but not rigorously thought. Uses methods it condemns. Harsh, unsympathetic narration whose coldness fails to give the air of authority the presenter may have aimed at. Will buy book as this matters to me, lots of good examples and information but needs critical reading because the authors have a slant and bend the materials occasionally

Must read for public servants, media experts and anyone interested in 21st century democracy - draws from history to current affairs, with accessible stories underpinning network effects and underpinned by philosophy of science.

Probably more useful now than ever!

Great explanations of how truth / untruth is spread and supported throughout society.
Well worth a read.

Professors O’Connor and Weatherall make clear that we are all influenced by the people in our network. No matter how rational we consider ourselves to be, false beliefs inevitably creep in from the people we trust. It is nearly impossible for any of us to fully scrutinize the information we consume.

But there is hope. My big takeaway from this book is that we are much more likely to have true beliefs if the primary sources of information are carefully calibrated to the scientific community.

Another big takeaway is that it is much easier to change a person’s view if you share their core values and are trusted by them.

Conformity bias and social cost is also important to understand when trying to change another persons view. Most people naturally conform to the views of their social circles. To break from those most closely held views could come at the cost of the loss of friends and even family members. Hence, many people will choose to hold on to false beliefs for the sake of conforming to the views of their friends and family members and those is their social media networks.

Stunningly good and important book. Concise and very well done. Highly recommended. Worth reading if you are interested in the problems of propaganda, fake news, and how science can be mischaracterized.

Overall I liked this book. It’s themes were well laid out and easy to understand. I thought the examples were great and helped demonstrate the authors’ points. It was great all the way up to the last 5 minutes when, offering solutions, they proposed some radical ideas that, if enough time has been spent in details there, could have come across more credible.

However, I would recommend this book as it does get to the point of how and why misinformation starts and spreads and how we need to hold society accountable.