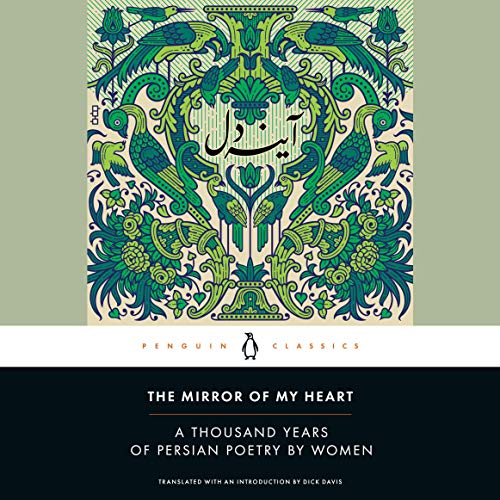 The Mirror of My Heart

An anthology of verse by women poets writing in Persian, most of whom have never been translated into English before, from acclaimed scholar and translator Dick Davis.

The Mirror of My Heart is a unique and captivating collection of 83 Persian women poets, many of whom wrote anonymously or were punished for their outspokenness. One of the very first Persian poets was a woman (Rabe'eh, who lived more than 1,000 years ago), and there have been women poets writing in Persian in virtually every generation since that time until the present. Before the 20th century, they tended to come from society's social extremes - many were princesses, some were entertainers, but many were wives and daughters who wrote simply for their own entertainment, and they were active in many different countries - Iran, India, Afghanistan, and areas of Central Asia that are now Uzbekistan, Turkmenistan, and Tajikistan.

From Rabe'eh in the 10th century to Fatemeh Ekhtesari in the 21st, the women poets found in The Mirror of My Heart write across the millennium on such universal topics as marriage, children, political climate, death, and emancipation, recreating life from hundreds of years ago that is strikingly similar to our own today and giving insight into their experiences as women throughout different points of Persian history. The volume is introduced and translated by Dick Davis, a scholar and translator of Persian literature as well as a gifted poet in his own right.

This audiobook includes a PDF that contains notes from the book.

“In every respect, The Mirror of My Heart is outstanding. Reading it one discovers a whole tradition of love poetry, epigram and elegy, movingly brought into English and then beautifully printed and bound by Washington’s own Mage Publishers. Most important now, this anthology reminds us how much we all share the same joys, the same sorrows.” (Michael Dirda, The Washington Post)

What listeners say about The Mirror of My Heart

This is an incredible opportunity to hear women's voices from a world unfamiliar, yet similar in many respects to our own. I read Dick Davies previous translation of Hafez and was deeply impressed by a side of the near east I knew very little about. But this book here, this one is special, really special. From the potted biographys of the individual poets, to their prose and the wonderful narrators throughout. This is a book that well live with me for the rest of my life. And has made me want to explore more of Persian literature, its history and people's. A special thank you to the translator Dick Davies and all at Penguin books for bringing such diverse literature and voices to a wider audience~☆