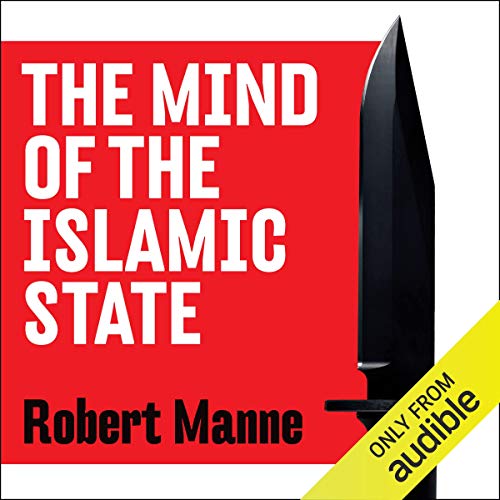 The Mind of the Islamic State

By: Robert Manne
Narrated by: Andrew Martin
Try for £0.00

So often in history, it is ideas that kill....

What are the ideas that drive the Islamic State? How did it develop and systematise its unique form of apocalyptic violence?

In this gripping account, Robert Manne shows how the Islamic State's worldview evolved, from the 1960s prison writings of Sayyid Qutb all the way to its elegant online magazine of horror, Dabiq. This gripping account reveals the crucial role of texts such as The Management of Savagery and figures such as al-Zarqawi, who set out to pit Sunni against Shi'a, tearing Iraq apart.

Shortly after the fall of Mosul in June 2014, US General Michael Nagata said of the new jihadist threat, 'We have not defeated the idea. We do not even understand the idea.'

By examining the beliefs and strategies at the heart of the Islamic State, Manne shows how a dark ideology came into being.

Robert Manne is emeritus professor of politics at La Trobe University. His recent books include Making Trouble: Essays Against the New Complacency and The Words That Made Australia (as coeditor). He has written three quarterly essays and is a regular contributor to The Monthly and The Guardian.

"If you want to understand how it all began, this is an essential read: a deep dive into how the ideologues behind salafi jihadism shaped the global menace that we now know as Islamic State." (Martin Chulov, Middle East correspondent for The Guardian)

What listeners say about The Mind of the Islamic State

For those who want to have a clearer understanding of the situation and the various factions in the Middle East, this is a good guide to making differentiations. While it is extremely dark and depressing, it is important to make distinctions between the insurgent groups - the most significant part you can take away from this book is that every group believes in something different and therefore are fighting moreso with each other rather than 'the West'. Understanding the historical context is essential to grasping the current issue.