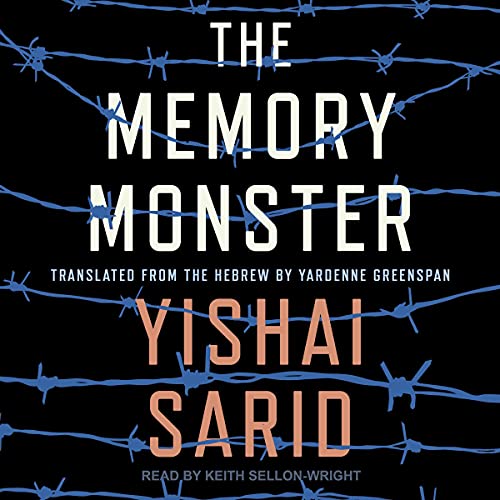 Written as a report to the chairman of Yad Vashem, Israel's memorial to the victims of the Holocaust, our unnamed narrator recounts his own undoing. Hired as a promising young historian, he soon becomes a leading expert on Nazi methods of extermination at concentration camps in Poland during World War II and guides tours through the sites for students and visiting dignitaries. He hungrily devours every detail of life and death in the camps and takes pride in being able to recreate for his audience the excruciating last moments of the victims' lives.

The job becomes a mission, and then an obsession. Spending so much time immersed in death, his connections with the living begin to deteriorate. He resents the students lost in their iPhones, singing sentimental songs, not expressing sufficient outrage at the genocide committed by the Nazis. In fact, he even begins to detect, in the students as well as himself, a hint of admiration for the murderers - their efficiency, audacity, and determination.

With the perspicuity of Kafka's The Trial and the obsessions of Delillo's White Noise, The Memory Monster confronts difficult questions that are all too relevant to Israel and the world today: How do we process human brutality? What makes us choose sides in conflict? And how do we honor the memory of horror without becoming consumed by it?

What listeners say about The Memory Monster

Not easy to listen to. Most definitely makes you think about the real
Memory Monster