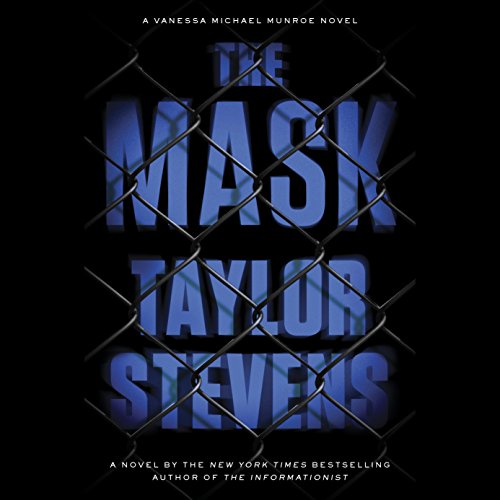 By: Taylor Stevens
Narrated by: Hillary Huber
Try for £0.00

For fans of Lee Child, Terry Hayes, and Laura Lippman comes a blistering thriller in which Vanessa Michael Munroe faces the fight of her life.

Vanessa Michael Munroe, chameleon and information hunter, has a reputation for getting things done: dangerous and not quite legal things that have taken her undercover into some of the world's deadliest places. Still healing from a Somali hijacking gone wrong and a brutal attack that left her near death, Munroe joins her lover, Miles Bradford, in Japan, where he's working as a security consultant protecting high-value technology from industrial espionage. In the domesticity of their routine, she finds long sought-after peace - until Bradford is arrested for murder, and the same interests who targeted him come after her, too.

Searching for answers and fighting to stay alive, Munroe will soon discover how far she'll go to save Bradford from spending the next 20 years in locked-up isolation; how many laws she'll break when the truth seems worse than his lies; and who to trust and who she must kill. Because she's a strategist and hunter with a predator's instincts, and the man she loves has just stabbed her in the back.

With break-neck pacing, incendiary prose, and an unforgettable cast of characters, The Mask features Vanessa Michael Munroe: a brilliant, lethal heroine who will stop at nothing to find the truth, no matter what it may cost.

"Munroe is a sensational character and Stevens is a sensational writer." (Lee Child, New York Times best-selling author of the Jack Reacher series)
"Stevens excels at depicting pulse-pounding danger, and her prose and plotting are spectacular....Only Dan Brown and Lee Child come close." ( Dallas Morning News)
"[Munroe is] a protagonist as deadly as she is irresistible." (Vince Flynn)

What listeners say about The Mask

Would you listen to The Mask again? Why?

Yes. The book started off a bit slowly - building a sense of place and leaving this reader as off-balance as a "domesticated" Munro. As the story progresses, the pace picks up and the early "lull" makes complete sense. I would listen again in order to be more respectful of the the writer's perfect sense of timing.

Vanessa/Michael continues to be my favorite character in this series. Taylor Stevens describes the experience of a survivor of extreme trauma without flinching - while compassion and love can exist, the skills and mindset acquired to make survival possible have a life of their own.

The scene where Vanessa/Michael organizes her contract with Capstone for Miles' rescue is one of my favorites. On the surface, it seems wrong for Vanessa/Michael to ask for payment; however, she is doing what she must do to surface the skills that will ultimately set Miles free.

Several plot lines were woven into the story, not all of which felt necessary. I would be interested to know more about one of important characters in the story - Munro's "mirror". In all, the story held together very well and it was a very enjoyable "listen".

Like each of the Munroe novels since the first one (The Informationist), the plot of "The Mask" is rich, intriguing, keeps you guessing, and makes sense. Having lived in Japan, I can also affirm that the setting is well-developed and authentic. I'm particularly impressed that Taylor Stevens consistently creates stories that maintain this level of quality.

What does Hillary Huber bring to the story that you wouldn’t experience if you just read the book?

loved visiting Japan again. I had almost forgotten some of that.
Also loved the story

awesome as usual , plot twists, exciting, never can figure out till the end who done it

Seductive is the best word I can use to describe Taylor Stevens writing. Her ability to pull you into an experience that is so far out of the norm is phenomenal.

Hillary Huber's languid style turns every word into an event.

I'll be coming back for more.

So glad I found this series. Strong woman. Read the first book to help shape the relationship first

Awesome series!!! Love narrator as her voice represents Michael perfectly!
The characters and adventures are spectacular with each new book. Can't wait for the next one.

She has done it again

The Mask is perhaps my second favorite next to The Informationist. The protagonist is so frustratingly good and she is her own best friend and worst enemy. Stevens books give me strength.

Love the writer, Love the reader and love the book

This book can be read as a stand alone novel but it is the story of a strong female protagonist carried through several previous books.