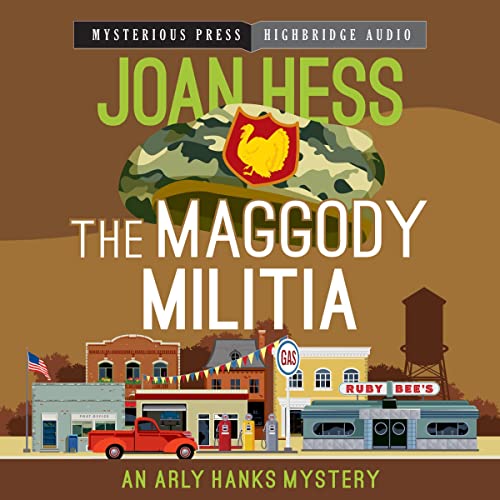 In this hilarious cozy mystery, small-town police chief Arly Hanks tries to stop a right-wing militia from turning Maggody into a battlefield.

The sign welcoming travelers to Maggody, Arkansas, reads "Pop. 755," and don't expect Hizzoner Jim Bob to repaint it just because there's someone new in town. The mayor won't go out of his way for anyone, especially someone wicked—and a woman who would open a pawnshop in Maggody must be very wicked indeed. Kayleen Smeltner decided to open the shop after her husband was killed during a burglary. She came to Maggody expecting peace and quiet, but she'll find this quaint little patch of nowhere isn't as peaceful as it seems.

When a right-wing militia takes up residence in the pasture behind the pawnshop, police chief Arly Hanks knows it's only a matter of time before the bullets start to fly. The strange citizens of Maggody are on the verge of civil war, and it will only take one spark to set the town ablaze.

There's no politics like small-town politics, and there's no town on earth like Maggody. This madcap take on right-wing militias is one of Joan Hess's most topical—and outrageous—mysteries yet.

What listeners say about The Maggody Militia

Not as funny as some volumes but worth the trip to Maggedy as Militia men ( and others )
drop in.