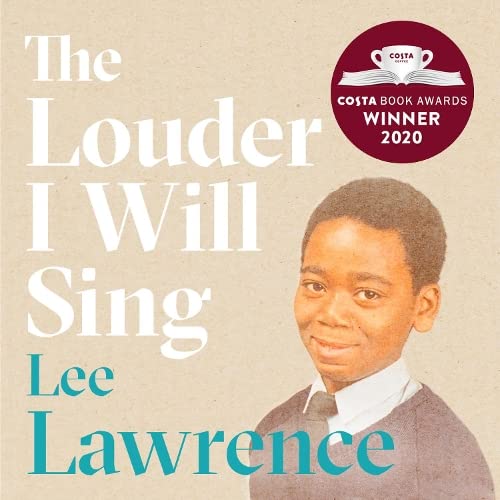 The Louder I Will Sing

Winner of the Costa Biography Prize 2020.

This audiobook includes an exclusive interview with Candice Brathwaite and Lee Lawrence.

What would you do if the people you trusted to uphold the law committed a crime against you? Who would you turn to? And how long would you fight them for?

On 28th September 1985, Lee Lawrence's mother Cherry Groce was wrongly shot by police during a raid on her Brixton home. The bullet shattered her spine and she never walked again. In the chaos that followed, 11-year-old Lee watched in horror as the news falsely pronounced his mother dead. In Brixton, already a powder keg because of the deep racism that the community was experiencing, it was the spark needed to trigger two days of rioting that saw buildings brought down by petrol bombs, cars torched and shops looted.

But for Lee, it was a spark that lit a flame that would burn for the next 30 years as he fought to get the police to recognise their wrongdoing. His life had changed forever: he was now his mother's carer, he had seen first-hand the prejudice that existed in his country, and he was at the mercy of a society that was working against him. And yet that flame - for justice, for peace, for change - kept him going.

The Louder I Will Sing is a powerful, compelling and uplifting memoir about growing up in modern Britain as a young Black man. It's a story both of people and politics, of the underlying racism beneath many of our most important institutions, but also the positive power that hope, faith and love can bring in response.

"This is the story of arguably one of the most important, yet least known, events in modern British history. Lee's journey and fight for justice are both inspiring and enraging. That it has taken this long for the story of the shooting of Cherry Groce to become properly publicly retold is in itself another tragedy. We can only hope that Britain learns from the valuable lessons contained in these pages." (Akala)

What listeners say about The Louder I Will Sing

Honest and raw couldn't put it down

I read this in a day, the narration was good and fit the authors character. I became deeply invested in this family's story. The author got the balance right between his experience, experience of others , emotions, facts and the history of immigration to the UK. A heartbreaking but important story to tell especially this year.

through the eyes if our brother!

I heard so much about Lee's story from the news to word of mouth... once it was written, I just had to read /listen to his story in his own words. Thanks Brandy Lee 😉

Yet another touching true life story!

OMG!!!!! Sir Lee Lawrence, I salute you & your family for sharing such a deep life experience. I first heard of your book, when you was on Phil & Hollie, morning show for Black History month. I said to myself, this is a 'must' read ....I immediately shared with friends and family, in the hope that I would encourage them to read, but in turn, I would have had to fulfil my promise. Your Mother, underlying knew you as her son and your siblings were comforted and guided by God and yes the support of your community. she was quietly not worried what she would leave behind, as you mentioned, she knew you would make it.
I wish you all continuous good health, strength and for most happiness to know your Mothers name is history. well done!!!!!
(angela2197@hotmail.co.uk)

sobering and enlightening and inspiring. only god knows how mr Lee managed to stay the course.

A searingly honest account of one person’s journey, boy to man, to find justice for his mother who was wrongfully shot by police. Astonishing— a story we should all know here in the UK

The louder I will sing

Thank you for allowing me into your world.
I know Your mother is proud of you.

I was inspired to read this book after seeing the memorial to Cherry Groce in Windrush square. This is an awe inspiring story, the writing threads a line between the story of an individual boy and a wider narrative of social history. The personal insights make it a gripping read. It is clearly a sad story but the author leaves the reader feeling inspired and hopeful. Thoroughly recommend.

So glad the truth has come to light

It’s a sad fact that our community; the diaspora, still lives under these conditions and lack of expectation for better outcomes but fight tooth and nail as much as we can despite knowing the system was always built against us and strives to maintain those walls. I’m greatly appreciative of the fact that Cherry Gross had her violent attack and subsequent situation expressed by one of her children as the truth can only come from the family itself. May Miss Cherry rest in power.

The story we all need to hear

I'm lost for words ,but dear Cherry what an amazing son you raised,you won't be forgotten. Lee Lawrence huge respect for writing this book it's a story we need to know in order to fix so many broken elements in our society.