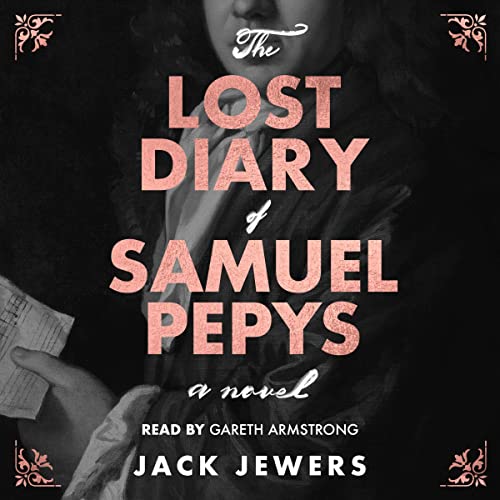 The Lost Diary of Samuel Pepys

By: Jack Jewers
Narrated by: Gareth Armstrong
Try for £0.00

It is the summer of 1669, and England is in dire straits.

The treasury's coffers are bare, and tensions with the powerful Dutch Republic are boiling over. And now, an investigator sent by the king to look into corruption at the Royal Navy has been brutally murdered. Loathe to leave the pleasures of London, Samuel Pepys is sent dragging his feet to Portsmouth to find the truth about what happened.

Aided by his faithful assistant, Will Hewer, he soon exposes the killer. But has he got the right person? The truth may be much more sinister. And if the mystery isn't solved in time, then England could be thrown into a war that would have devastating consequences....

The diaries of Samuel Pepys have enthralled audiences for centuries with their audacious wit, gripping detail, and racy assignations. Pepys stopped writing at the age of 36. Or did he? This action-packed historical thriller, described as "Bridgerton meets Sherlock", imagines what might have happened next.

What listeners say about The Lost Diary of Samuel Pepys

I loved the historical accuracy of this novel and the vivid picture the author paints of every day Restoration life. Excellent narration.

It is well narrated, well researched and a very interesting story line. I thoroughly recommend it.