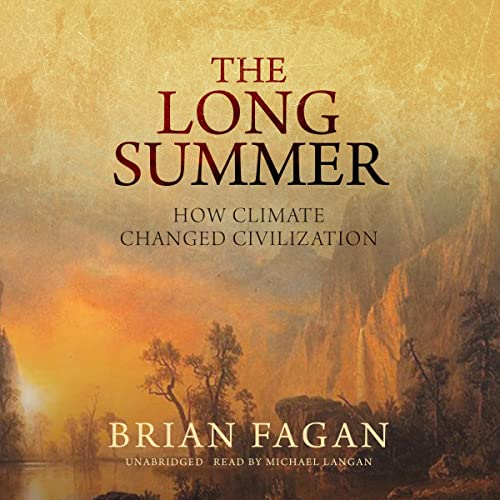 By: Brian Fagan
Narrated by: Michael Langan
Try for £0.00

For more than a century, we’ve known that much of human evolution occurred in an Ice Age. Starting about fifteen thousand years ago, temperatures began to rise, the glaciers receded, and sea levels rose. The rise of human civilization and all of recorded history occurred in this warm period, known as the Holocene. Until very recently, we had no detailed record of climate changes during the Holocene.

Now we do. In this engrossing and captivating look at the human effects of climate variability, Brian Fagan shows how climate functioned as what the historian Paul Kennedy described as one of the “deeper transformations” of history—a more important historical factor than we understand.

What listeners say about The Long Summer

Some sections are a little dated but otherwise an interesting book . . . .