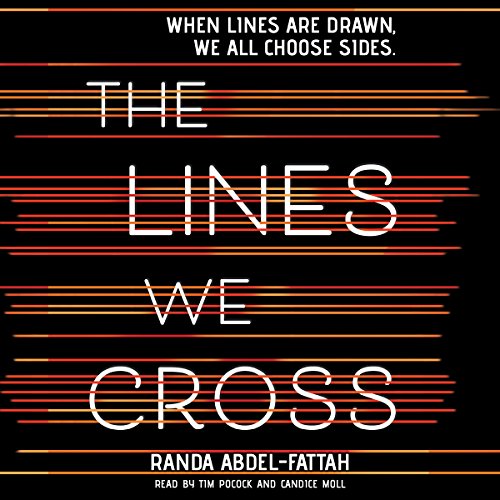 The Lines We Cross

By: Randa Abdel-Fattah
Narrated by: Tim Pocock,Candice Moll
Try for £0.00

A remarkable story about the power of choosing tolerance from one of the most important voices in contemporary Muslim literature, critically acclaimed author Randa Abdel-Fattah.

Michael usually concerns himself with basketball and hanging out with his friends, but every once in a while, his parents drag him to meetings and rallies with their anti-immigrant group. And it all makes sense to Michael.

Until Mina, a beautiful girl from the other side of the protest lines, shows up at his school and turns out to be funny, smart - and a Muslim refugee from Afghanistan. Suddenly his parents' politics seem much more complicated.

Mina has already had a long and arduous journey leaving behind her besieged home in Afghanistan, and the frigid welcome at her new school is daunting. She just wants to settle in and help her parents get their restaurant up and running. But nothing about her new community will be that easy. As tensions increase, lines are drawn. Michael has to decide where he stands. Mina has to protect herself and her family. Both have to choose what they want their world to look like.

What listeners say about The Lines We Cross

An absolutely phenomenal must read

The work does what society refuses to do, admit that life is complex and everything is grey.

it is never too late to unlearn the hate

that you were taught. shows how opening your mind to just one person can change your life.