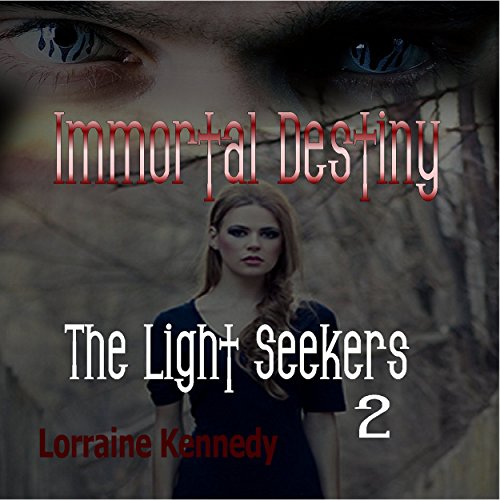 By: Lorraine Kennedy
Narrated by: Rebecca Lee
Try for £0.00

A Dance of Darkness and Light.

In Volume 2, Hailey and Sean come together to fight an ancient evil that will destroy them and all they care about, but can they survive each other?

Hailey is alone and living on the streets, but even worse, she is being stalked by a cold and vicious killer, a vampire that is maddened by the scent of her blood. Sean has felt nothing since the night he was born as a vampire, but then he looked into Hailey’s eyes. The Immortal Destiny Saga continues with The Light Seekers, book 5 in the Immortal Destiny Series. This book will be released in volumes.

A year has passed and a lot has changed in the world of the Immortals. Kathrina is preparing for her wedding and Dash is living it up in California. All has been blissful and quiet for the Immortal Sisters, but it was it the calm before the storm?

In the Light Seekers, a new heroin comes into the story. Hailey Burke has lived most of her life being shifted from one foster home to another. She’s streetwise, cynical, and very special. Hailey is the key to the light.

Everyone wants a piece of her, the Light Seekers, the Ancients, and even the Witches.

Her only chance is tough guy biker, Dash, and Sean, a dangerously hot vampire that wants nothing more than to be done with the beautiful young girl. Hailey stirs emotions in him he’d just as soon forget, not to mention she wants to kill him.

What listeners say about The Light Seekers