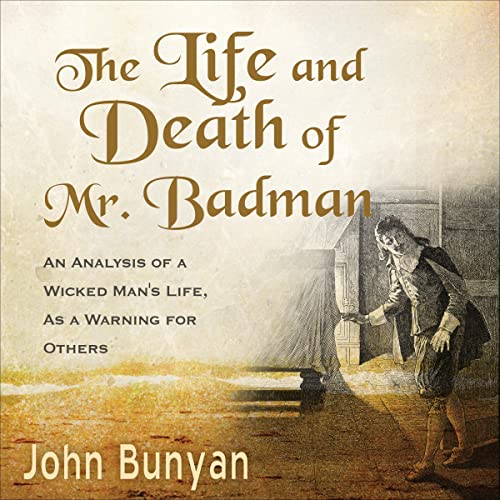 The Life and Death of Mr. Badman (Updated)

"Horror has taken hold upon me because of the wicked that forsake thy law." (Psalm 119:53)

The life of Mr. Badman forms a third part to The Pilgrim’s Progress, but it is not a delightful pilgrimage to heaven. On the contrary, it is a wretched downward journey to the infernal realms. The author’s goal is to warn poor, thoughtless sinners, not with smooth words they can ignore, but with words that thunder against their consciences regarding the danger of their souls and the increasing wretchedness into which they are madly hurrying. The one who is in imminent but unseen danger will bless the warning voice if it reaches his ears, however rough and startling it sounds.

The life of Badman was written in an age when abandonment of moral principles, vice, gluttony, intemperance, habitual lewdness, and the excessive unlawful indulgence of lust marched like a ravaging army through our land, headed by the king, along with officers from his polluted peers. Are we not seeing the same thing, in every way? It is as if this book was written for us who are alive today.

About the author: John Bunyan was born in November 1628, in Elstow, England. A celebrated English minister and preacher, he wrote The Pilgrim’s Progress (1678), the book that was the most characteristic expression of the Puritan religious outlook. His other works include doctrinal and controversial writings; a spiritual autobiography, Grace Abounding (1666); and the allegory, The Holy War (1682).

What listeners say about The Life and Death of Mr. Badman (Updated)