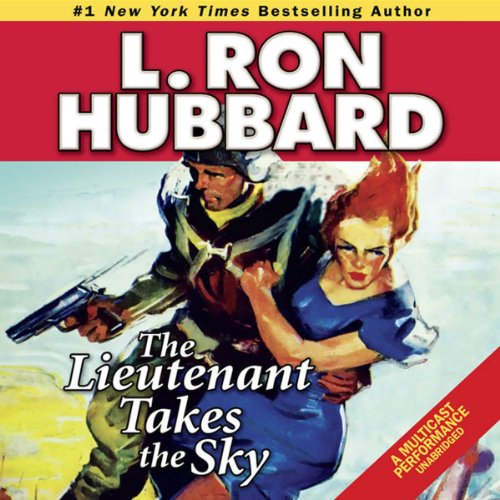 The Lieutenant Takes the Sky

American pilot Mike Malloy has learned his lesson: when you join the French Foreign Legion, it’s best not to wipe the floor with two French officers...no matter how richly they deserve it. And it appears he has all the time in the world to think about it. He’s been sentenced to five years in a Moroccan penal battalion - which is French for death sentence.

But Malloy is about to get a reprieve...if he’s willing to fly into the heart of the Sahara and into the teeth of a Berber rebellion.

It’s an offer Malloy can’t refuse. All he has to do is fly two passengers into the desert and return with a book that disappeared 800 years ago. But as he’s a man who doesn’t go by the book, this expedition could turn out to have unexpected benefits. One of his passengers is a young American woman whose eyes are as beautiful and blue as the wild blue yonder....

Fasten your seat belts and set a course for action and adventure as the audio version of The Lieutenant Takes the Sky takes you on the ride of your life.

What listeners say about The Lieutenant Takes the Sky