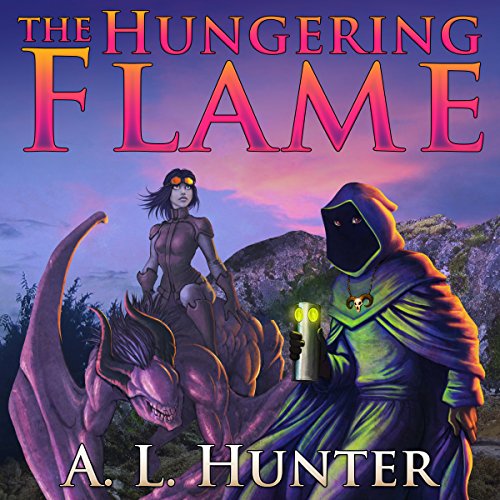 By: Andrew Hunter
Narrated by: Heath Allyn
Try for £0.00

Garrett, an apprentice necromancer, flees the tomb city of Wythr with the help of his friends, a ghoul who likes pies and the vampire girl he would follow anywhere. Can they find the lost necromancers and their army of the dead, rumored destroyed by the fanatical war priests of the Chadiri Empire? Garrett must face his greatest fears and escape the cleansing flames of the inquisition in the hope of forging a new alliance that might turn the tide of the war. (Book two of The Songreaver's Tale)

What listeners say about The Hungering Flame

An epic sequel to a wonderful first novel.

An epic sequel to a wonderful first novel. This series is phenomenal and I highly recommend it.