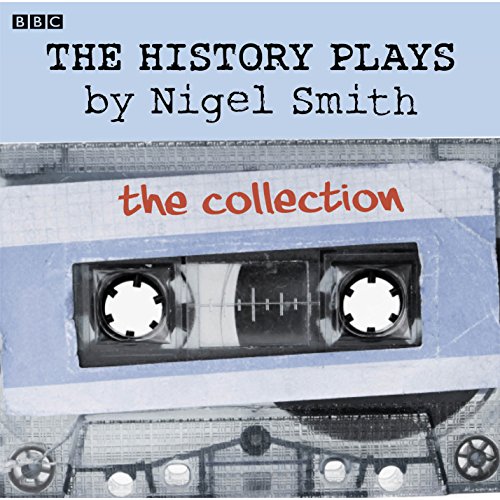 The History Plays is a series of five two-hander plays by Vent author Nigel Smith, which are imagined conversations at key moments in recent history, moments that have permanently changed the British psyche.

Starting with Mick Jagger's conviction for drug possession and the surprising pro-Jagger line taken in a Times editorial through the fragmented morality of John Stonehouse, the Indian summer of patriotism over the Falklands, the death of Diana, and the end of the Blair years, The History Plays are a satirical and thoughtful exploration of huge social forces played out in small human dramas. This is a series about the promises and pitfalls of history, the points of conflict. But what's really significant is what these moments say about our attitudes and assumptions now.

'Jagger in Jail': It is 1967, the summer of love, and Mick Jagger, lead singer of the Rolling Stones, is in prison starting his three-month sentence for drug possession. 'Jagger in Jail' imagines the conversation that might have taken place between Mick and a cellmate, Jim, during what turned out to be his only night behind bars. Starring Kayvan Novak (Facejacker) as Mick Jagger and Blake Harrison (The Inbetweeners) as Jim.

'Stonehouse in Alice': It's 1974, and Ed Jennings, a cub reporter from a local paper, has stumbled upon the scoop of a lifetime while on holiday in Australia. Leonard has found missing maverick MP, John Stonehouse, who recently faked his death to escape from a sea of debt, the fraud squad, his wife, and a series of misadventures back home in the UK. One that will change both their lives. Starring Tim McInnerny as John Stonehouse and Daniel Rigby as Ed Jennings.

'Maggie Heart Galtieri': Maggie Watkins finds a young Argentinean soldier, Christian Galtieri, in her kitchen, wounded and in need of shelter. As she slowly learns why he is in hiding the pair fall in love, but as their relationship grows the Task Force lands, and it becomes harder and harder to ignore the larger forces at play around them. Starring Josie Lawrence as Maggie and Javier Marzan as Galtieri.

'O Salutaris Hostia, Diana': Martha and Graham look back over their lives together, but their very different views on Diana mask a far more personal conflict, and Graham's dislike of the princess has its roots in his pain over the circumstances of their son Alan's death. Starring Imelda Staunton as Martha and Toby Jones as Graham.

'A History of Blair in 9 1/2 Voices': Tony Blair is lost in the winding corridors of the BBC the day after his resignation. He finds himself sharing a room with Sue, a struggling impressionist who assumes he is a Tony Blair lookalike. Blair enjoys the opportunity to talk about himself in the third person, and to show off a few impressions of his own. Starring Jon Culshaw as Tony Blair and Fiona Allen as Sue.

What listeners say about The History Plays