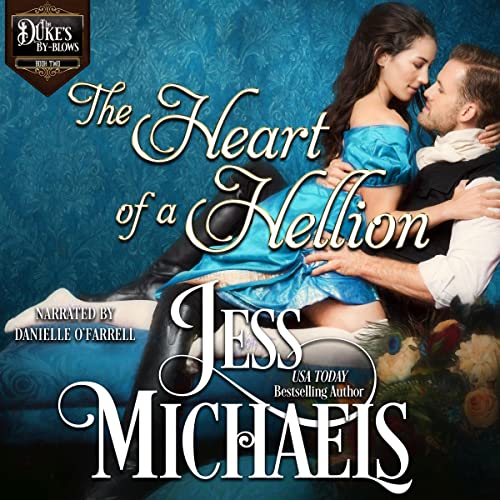 The Heart of a Hellion

By: Jess Michaels
Narrated by: Danielle O'Farrell
Try for £0.00

Selina Oliver has always enjoyed all the pleasures life offers. As one of the illegitimate children of the infamous Duke of Roseford, why shouldn’t she? But Selina has a secret, one that could tear her world apart. She is also the Faceless Fox, a brazen thief who for years has been stealing the finest jewels of the nastiest women of the ton. Now her brother has invited her to a country party where one of the prizes she craves most will also be at her fingertips. How could a wily fox resist this henhouse?

Derrick Huntington has spent a life maintaining control and discipline. From his years in the army to his current place as an investigator for the ton’s elite, he never wavers from his duty. Now he and his partner are sent to an exclusive country party with one task: catch the Faceless Fox before they strike again and finally unmask the villain who has been intriguing him for years.

Investigator meets criminal in a wild chase that will involve seduction as distraction, unexpected respect, and a love that could change both of their lives forever. If only they can survive it.

This is the second book in The Duke’s By-Blows series, but can very much be heard as a stand-alone!

What listeners say about The Heart of a Hellion