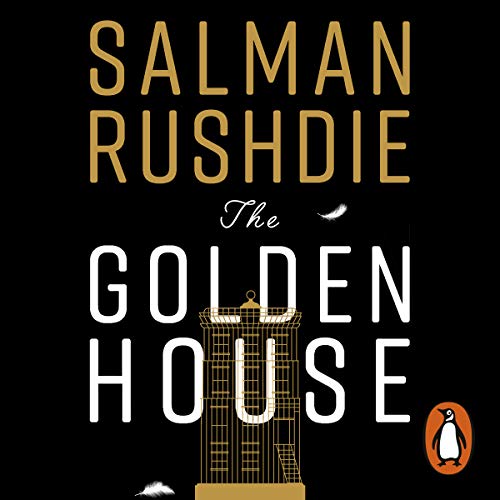 By: Salman Rushdie
Narrated by: Vikas Adams
Try for £0.00

When powerful real estate tycoon Nero Golden immigrates to the States under mysterious circumstances, he and his three adult children assume new identities, taking Roman names, and move into a grand mansion in downtown Manhattan.

Arriving shortly after the inauguration of Barack Obama, he and his sons, each extraordinary in his own right, quickly establish themselves at the apex of New York society. The story of the powerful Golden family is told from the point of view of their Manhattanite neighbour and confidant, René, an aspiring filmmaker who finds in the Goldens the perfect subject.

René chronicles the undoing of the house of Golden: the high life of money, of art and fashion, a sibling quarrel, an unexpected metamorphosis, the arrival of a beautiful woman, betrayal and murder, and, far away in their abandoned homeland, some decent intelligence work.

Invoking literature, pop culture, and the cinema, Rushdie spins the story of the American zeitgeist over the last eight years, hitting every beat: the rise of the birther movement, the Tea Party, Gamergate and identity politics; the backlash against political correctness; the ascendency of the superhero movie; and, of course, the insurgence of a ruthlessly ambitious, narcissistic, media-savvy villain wearing makeup and with coloured hair.

In a new world order of alternative truths, Salman Rushdie has written the ultimate novel about identity, truth, terror and lies. A brilliant, heartbreaking realist novel that is uncannily prescient and shows one of the world's greatest storytellers working at the height of his powers.

What listeners say about The Golden House

Not for the faint-hearted.

I wonder who, apart from critics, will make it to the end of this novel. It is so littered with allusions and proper nouns, in virtually every other sentence, it becomes an endurance test to grasp them all and follow the plot at the same time. I rate Rushdie highly but feel he has strayed too far into pretentiousness here. By chapter 8, I had still not encountered a single character I could care less about. Despite an excellent narrator, I feel this would be a book better read than listened to.

If you could sum up The Golden House in three words, what would they be?

What other book might you compare The Golden House to, and why?

Compared to Midnight's Children this book lacks bite. One senses the author isn't drawn to New York - he hasn't really settled but lives out his time there. And so with the Golden family. Rushdie plays games with the reader, slowly building the personal architecture of the Golden household in satirical manner, then deliberately shocking.

Have you listened to any of Vikas Adams’s other performances? How does this one compare?

Vikas Adams could not be bettered

Anodyne. His writing has become like white jazz, intellectual, emotionally flippant/disengaged to avoid the pain of looking too closely.

Salman Rushdie at his very best, a brilliant plot set in contemporary NYC as post-factual America lurches into the D.C. Comic book world of The Joker being elected to the Whitehouse.... His characters are vivid, his insights into issues and trends of the day are seen through a kaleidoscope of different lenses, just brilliant.

Crackling with ideas about contemporary issues

An intense multi layered look at modern America and India overflowing with themes and ideas about the world we live in today. It's about politics,gangsters,money, corruption, love,betrayal, confession, families, terrorism , identity, morality, life and death - possibly everything about being human. It is contemporary but universal playing out like a Greek tragedy with many allusions to films and comic strip characters as well as the ancient Greeks and Romans and the literature greats. The narrative questions everything - even as it ends on a note of hope for humanity because there is love and there is change with potential for good born out of bad - are we just watching a film or reading a book with a neatly constructed narrative ? Ultimately it's about making sense of life and a world that seems to have no sense.

Many characters and hard to know what is reality, much like modern America.
Beautifully worded.

This felt over elaborate and indulgent. Not sure how much of this book was designed to let us know how well read the author is. This could have been a good book if it was half the length. The confused sexuality of one of the characters was the worst part of this book. The story line was great.

Stick with the beginning it’s shocking and yet insightful.

Loved the story, deep and a thoughtful look at society and individual motivations. To what end do we seek power?

Microcosmic parable of the macrocosim

Utterly brilliant. Narration a tour de force also. Straight to #1 spot on my best reads of 2017.

#2 is Lincoln in the Bardo if you’re interested in checking that out too.

Not quite the book as advertised

I bought this book based on a review that described it as the first literary piece dealing with the Trump era and the Trump family. It is not that though. The Trump era is a small backdrop in the latter part of the story, although Rushdie's insights into a society deeply divided, guilty of apathy and the worst cynicism are enlightening and his worry for America and the world at large is palpable. The story is actually about a mysterious immigrant family steeling into NY society. The language is complex, Rushdie is a master of complex, flowery sentences, but I often had the feeling that he's using 100 words where 30 would suffice. Overall, not bad, but not one that I'll pick up again.

I really didn't like how this book was written. Too many allusions, hard to follow. Also didn't care for the narrator