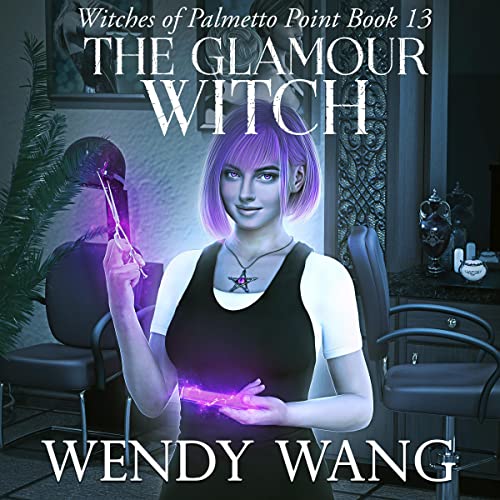 By: Wendy Wang
Narrated by: Gwendolyn Druyor
Try for £0.00

How do you prove you're innocent when someone has stolen your face?

Twenty-nine-year-old hairstylist Daphne Ferebee spends her days using her considerable talents as a glamour witch to make her clients beautiful. Her boyfriend loves her, and their relationship is moving in the right direction. Her quirky family of witches always has her back...or so she thinks.

After a witch dies in Palmetto Point, a video surfaces of Daphne attacking the woman. It never happened. But Daphne’s cousin Charlie—an investigator with magical law enforcement—trusts the evidence rather than her family. Even Daphne’s boyfriend questions her innocence when she goes on the run.

Daphne has dedicated her life to using glamour to make others look good. Now, someone out there may be using magic to make her look bad. She won’t rest until she finds out who.

A murderer has stolen her face, her family and possibly her future. To clear her name, she'll have to go it alone, and believe in herself, even if no one else does.

What listeners say about The Glamour Witch

If only there was a different reader…..

I like Wangs stories, but this reader really s*cks. I can’t bear to hear her fake southern accent and squeaky voice. Had to turn it off after the third chapter.

I actually started with The Green Witch. Enjoyed it so much, I started the series from the beginning. I'm hooked on them. I normally take quite a bit of time for any book, but this series kept me wanting to know what happened next. It's like the books have a spell on them.