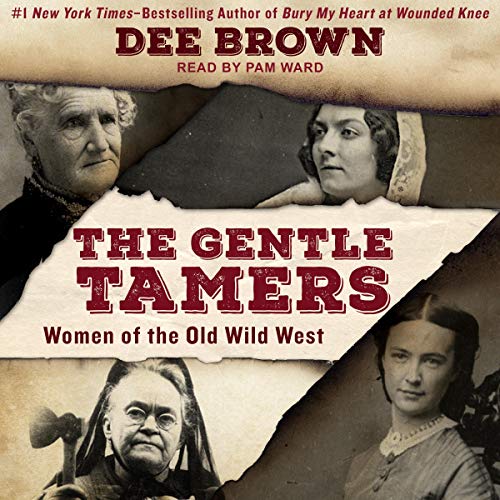 Popular culture has taught us to picture the Old West as a land of men, whether it's the lone hero on horseback or crowds of card players in a rough-and-tumble saloon. But the taming of the frontier involved plenty of women, too - and this book tells their stories.

At first, female pioneers were indeed rare - when the town of Denver was founded in 1859, there were only five women among a population of almost a thousand. But the adventurers arrived, slowly but surely. There was Frances Grummond, a sheltered Southern girl who married a Yankee and traveled with him out west, only to lose him in a massacre. Esther Morris, a dignified middle-aged lady, held a tea party in South Pass City, Wyoming, that would play a role in the long, slow battle for women's suffrage. And young Virginia Reed, only 13, set out for California as part of a group that would become known as the Donner Party.

With tales of notables such as Elizabeth Custer, Carry Nation, and Lola Montez, this social history touches upon many familiar topics - from the early Mormons to the gold rush to the dawn of the railroads - with a new perspective. This enlightening and entertaining book goes beyond characters like Calamity Jane to reveal the true diversity of the great western migration of the 19th century.

What listeners say about The Gentle Tamers

Disjointed, grading whiny voice demeans the women of the West. Interesting subject ruined by the author.