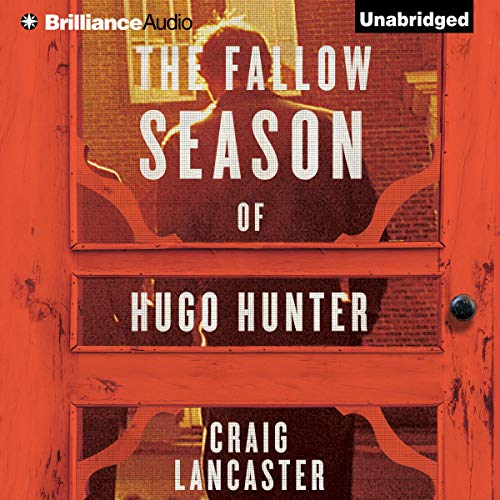 The Fallow Season of Hugo Hunter

By: Craig Lancaster
Narrated by: Luke Daniels
Try for £0.00

From the best-selling author of 600 Hours of Edward comes the story of a boxer and a sportswriter whose fates are inextricably linked. Hugo Hunter, a would-be champion who never quite made it, is on his last legs. Thirty-seven years old, soft around the middle, and broke, he’s plummeted from his glory days of title fights to small-time bouts against brawlers and punks. Watching ringside for nearly twenty years has been Mark Westerly, a sportswriter who has struggled to keep a professional distance from the man whose life and career have become enmeshed with his own tumultuous trajectory. Hugo and Mark share a history that runs deep and has at times gotten ugly. As Hugo lands on the ropes again, Mark steps in to try to save him - and unburdens himself of long-held secrets regarding Hugo’s past. But can these two men, who’ve lived so long under the weight of their own tragedies, finally help each other find redemption?

What listeners say about The Fallow Season of Hugo Hunter

I read the Edward stories and loved them. I bought this book hoping it would as good. I enjoyed this one as much or more. This guy writes with humor and pathos. He moves me to tears but also makes me burst out with laughter. Luke Daniels performs like he is the one who wrote the book. He makes the voices match the personalities to perfection. He doesn't miss one emotional note. Really enjoyed this book.

Not nearly as good as Craig Lancaster’s other books

I loved 600 hours of Edward so I thought I’d give this book a try.
It was a disappointment. Edward was clever and funny…..laugh out loud funny. This was just a sad story about a boxer who made some selfish decisions. I’m not sure what the point was. Skip it.
The one positive is that the narration is good.