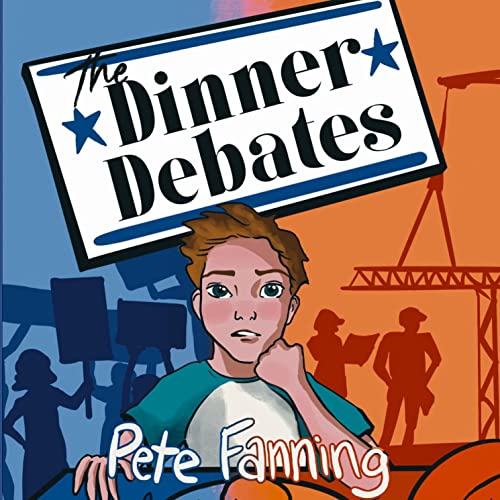 By: Pete Fanning
Narrated by: Josiah John Bildner
Try for £0.00

Twelve-year-old Marcus Hawthorne has never taken a stance on much of anything. But when a Mega More Super Store plans to open up shop in the small town of Newburg, Virginia, he has no choice but to make a choice.

Marcus’ parents have never seen eye to eye on politics, but their debates turn heated when the company his father works for lands the gig to build the Mega More—the same store his mother will stop at nothing to halt. No stranger to his parents’ differences, Marcus remains neutral until an impromptu field trip to the tranquil build site opens his eyes to what’s at stake: the tiny old clapboard church, the buried fieldstones beneath a sprawling, century old chestnut tree, and especially the majestic blue heron perched atop his father’s ripper.

Marcus joins his mother’s cause. Along with a feisty new neighbor, they form a rag-tag team of resistance. Posting flyers, pulling pranks, even taking on the mayor, soon Marcus is enjoying his new life as an activist—all behind his father’s back. His old friends think he’s lost his mind. The town wants their store. And with the groundbreaking ceremony looming, the sacred land seems destined to be bulldozed. But as Marcus learns that summer, when it comes to politics, nothing is predictable.

What listeners say about The Dinner Debates