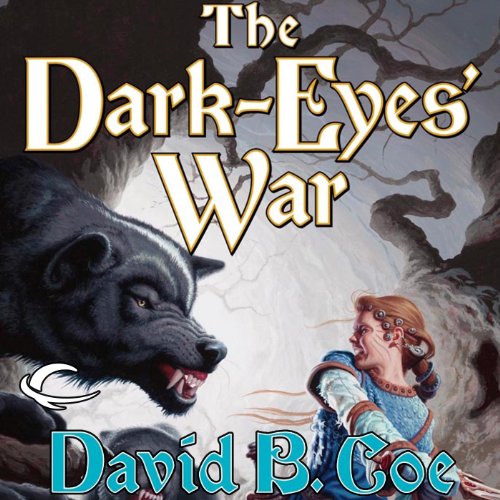 In David Coe's Dark-Eyes' War, a bitter old woman’s curse has set in motion events that have felled innocent lives across an already war-weary land. She has paid the ultimate price, and an end to the curse is at hand, but her evil has created chaos and destruction. Qirsi all across the Southlands are dying froma plague that turns their own magic against them, allowingan Eandi army from Stelpana to boldly march into their territory. But magic has many faces, and the Qirsi aren’t the only ones cursed; even as Stelpana’s force wins battles, an insidious magic has corrupted the spells of their sorcerers, and what began as a military triumph is suddenly jeopardized. The future of the Southlands hangs in the balance, as the deeds of previous generations wreak terrible consequences on both sides in this misbegotten war.

What listeners say about The Dark-Eyes' War