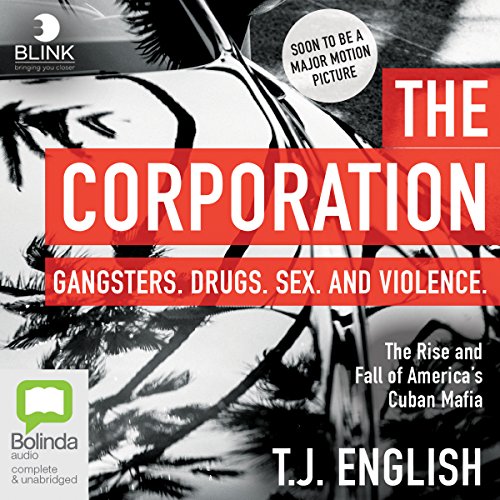 The dramatic story of the Cuban Mafia in America told in full for the first time - soon to be a major motion picture starring Benicio del Toro and produced by Leonardo DiCaprio.

The Corporation is a unique and true American gangster story that has never been fully told: the true story of the Cuban Mafia.

The leader of 'The Corporation', Jose Miguel Battle Sr. (El Padrino), was known as 'The Godfather'. He had been President Batista's bag man, bringing him his cut from the gambling casinos when the Mafia ran Cuba.

Battle escaped to the States, where he and other Cubans were trained by the CIA to invade the country at the ill-fated Bay of Pigs. The Godfather came out of that debacle as a certified hero to many Cuban Americans.

The core of the gang had been trained as a unit and together formed The Corporation. They started out running the popular numbers racket known as 'bolita' but soon moved on to money laundering and murder. Battle and his associates never gave up the dream of killing Castro and reclaiming Cuba; they became financiers of the anti-Castro movement. The Corporation would survive and grow until finally being brought down by a detective who pursued them relentlessly for years.

What listeners say about The Corporation

truly incredible story of something i had zero clue about. captivating and just one of those stories you dont want to end. a credit to T.J English

Very good listen if you're interested in the mafia & gangster genre. Very in depth story that delves into how the Cubans began as CIA trained soldiers trying to overthrow Castro & developed into the very top of the organised crime tree in NYC

unbelievable story! the amount of detail to trace steps, explain the business and tell personal accounts is brilliant. 19 hours as never passed so quickly!

enjoyed this thoroughly; world built in my ears with a thrilling saga. easy to listen to repeatedly