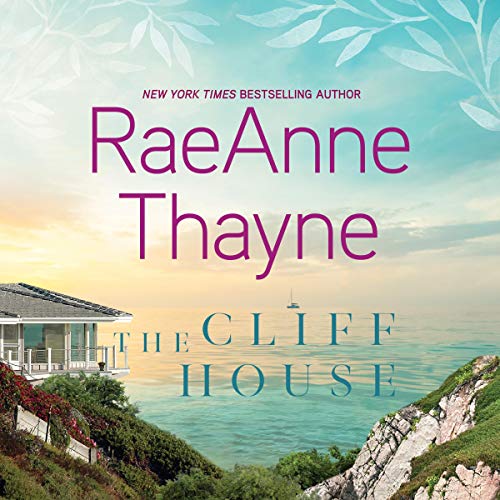 By: RaeAnne Thayne
Narrated by: Jorjeana Marie
Try for £0.00

Three women - two sisters and their aunt - and the cliff house on the Northern California coast that served as a beacon to them all....

After the death of their mother, sisters Daisy and Beatriz Davenport found a home with their aunt Stella in the beautiful and welcoming town of Cape Sanctuary. They never knew all the dreams that Stella sacrificed to ensure they had everything they’d ever need. Now, with Daisy and Bea grown, it’s time for Stella to reveal the secret she’s been keeping from them - a secret that will change their family forever.

Bea thought she’d sown all her wild oats when she got pregnant far too young. The marriage that followed was rocky and not destined to last, but it gave Bea her wonderful, mature, now 11-year-old daughter, Marisol. But just as she’s beginning to pursue a new love with an old friend, Bea’s ex-husband resurfaces and turns their lives completely upside down.

Then there’s Daisy - sensible, rational, financially prudent Daisy. She’s never taken a risk in her life - until she meets a man who makes her question everything she thought she knew about life, love, and the power of taking chances.

In this heartwarming story, Stella, Bea, and Daisy will discover that the path to true happiness is filled with twists and turns, but love always leads them back home.

Don't miss Thayne's next release, The Path to Sunshine Cove: three love stories in one with the emotional pull of Debbie Macomber, Barbara Delinsky, and Susan Wiggs!

What listeners say about The Cliff House

First for this author

This is the first I’ve listened to.
A gentle easy going story. Likeable characters too. Even found myself shouting at them. Well thought out and researched so one could relate to looked after children and the trauma attached.
Very well read too.
Am now looking out for more of this author.

Loved this book. Did not want it to end. I had a bit of trouble with the audible performers’ presentations, of Cruz,Shane and Gabe’s voices. I read this via Audible book but may buy the hardcover to read again and put my own male voices in my head.

Story good, narrator not the best!

This was my first book by RaeAnne Thayne. I enjoyed the story very much and will read more of hers. The narrator, however, wasn’t good at accents or male voices. Kind of annoying at times. Not sure I would get another book she narrates.

Book may have good, but the narration was terrible. I made it a few hours in and then couldn’t do it anymore.

It's a typical happy, predictable romance novel. I took off a star due to the narration.
The narrator, Jorjeana Marie, either has a really bad old fashioned tape recorder or birds, because there's a consistent type of chirping noise in the background that's very distracting while wearing earbuds. You can also hear her swallowing a lot and long pauses where there shouldn't be pauses. Her accents aren't great and it's hard to distinguish person to person and narration at times. Also, her male voices are, to be kind, not very good , Honestly, the narration effects the read. If I were the author, I'd ask for it to be re-done by someone else. Buy it on paperback (something I never really say unless the narration is truly bad). You'll enjoy it more.

I liked this book. It was a good read, though I thought it took way too long for all the couples to get together. The narrator though sounded like she had a cold through out the whole book it was distracting.

Love this story! Heart wrenching but beautiful. Author kept Me engaged and on my seat the whole time.

Great from beginning to end. I thoroughly enjoyed listening to this audio book. It was good following the gals and trying to picture the scenes and the furniture.

Not worth the time

This book was silly. The characters were predictable as was the story line. I wouldn’t recommend it.