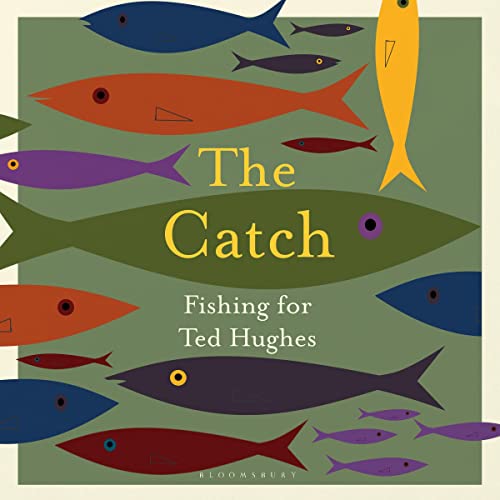 It is in the midst of a swirling river, casting a line, that Mark Wormald meets Ted Hughes.

He stands where the poet stood, 40 years ago, because fishing was Ted Hughes’ way of breathing—and because Ted’s writing has made Mark understand that it has always been his way of breathing, too.

Using Ted Hughes’s collection of poems, River, and his fishing diaries as a guide, Mark returns again and again to the places where Ted Hughes fished. At times, he uses the fly patterns Ted recommended, at others, he uses his rods. It is an obsession, a fundamental connection to nature, a thrilling wildness, an elemental pursuit. But it is also a release and a consolation, as he fishes after the sudden death of his mother and during the slow fading of his father.

A brilliant blend of memoir and biography, The Catch is a stunning meditation on poetry and nature, and a quiet reflection on what it means to be a father and a son.

"What a marvellous book The Catch is: a time-slipping, genre-shifting exploration of lives and landscapes, in which poetry, memoir and biography swirl and braid most beautifully together. Obsessive, passionate and deep-pooled, Wormald's pursuit of Hughes becomes, over its course, unexpectedly and movingly personal: a journey inwards in spirit as well as backwards in time, moving against the flow. The Catch leaves both its writer and its reader—borrow a phrase from the book itself—wonderfully 'lost in water'." (Robert Macfarlane)

"What an absolute gem this is. Mark Wormald's love of angling and of Ted Hughes’ poetry come together beautifully. I was delightfully lost by the river throughout." (Paul Whitehouse)

"A torrent of a book, its swirling deeps and dark backwaters lit with hard-won insight." (Luke Jennings)

What listeners say about The Catch