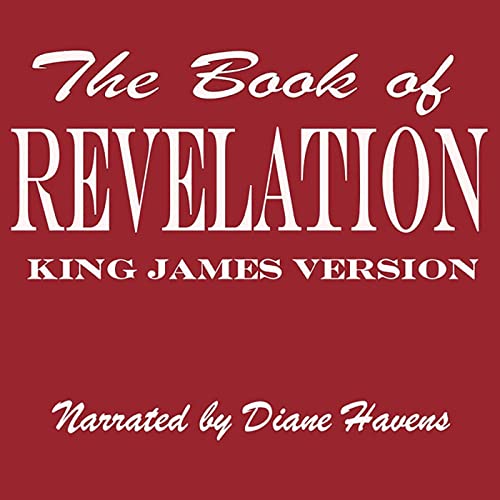 The Book of Revelation

By: King James Bible
Narrated by: Diane Havens
Try for £0.00

Award-winning voice actor Diane Havens reads the final book of the New Testament, in the language of the King James Version, the imagery is powerful and poetic. Authorship is attributed to John, referred to as St. John the Divine, who is a prisoner on the island of Patmos when Jesus reveals to him a vision of the future, of the end of days, thus "Revelation" possibly one of the most important books of the New Testament, prophesying the return of Jesus and bringing judgment to all on earth.

This text has been open to much interpretation, with each generation understanding it in light of current events, and some putting its meaning in its historical context. The listener (“he who has an ear”) will no doubt replay the audio multiple times in order to study and ponder this most enigmatic and fascinating book of the New Testament.

What listeners say about The Book of Revelation

What did you love best about The Book of Revelation?

John. Because it was to him that the revelatinon was being given.

The creatures bowing down around Jesus throne and praising him as the king of kings and the Lord of lords.

Excellently presented in every way.

Nails on a chalk - board voice.

Certainly an accurate reading of the KJ book of Revelations, but the narrarator's voice was very irriating to me.