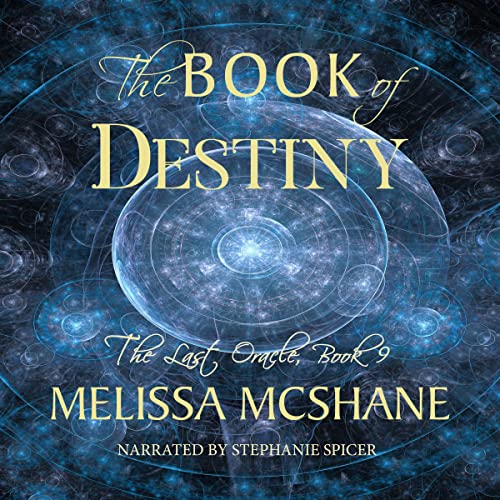 The Book of Destiny

By: Melissa McShane
Narrated by: Stephanie Spicer
Try for £0.00

Helena has come far from the day she became custodian of Abernathy’s, the world’s only living oracle. Now, she faces her greatest challenge yet: the oracle’s prediction that it, and she, will end.

As monstrous invaders strike city after city, leaving death and destruction behind, the Wardens scramble to defend humanity. Weakened by infighting, they turn to Abernathy’s for guidance and strength. But the oracle’s cryptic guidance may no longer be enough.

With time running out, and her allies falling one after another, Helena faces the terrifying possibility that saving the world will mean her death.

What listeners say about The Book of Destiny

I really love the idea of this series and have been looking past the problems with it because I wanted to know how it would end. The author is also pretty good a writing cliffhangers that get you to the next book. But the writing isn’t improving and the use of trite phrases and colloquialisms just got to be too much. It felt like McShane is phoning it in and lacks interest in the characters and the story. I found myself asking why I should care if the author doesn’t.

What makes it even worse is the narration and performance. It is truly awful and she has not improved at all. Her voice is flat, the characters all basically sound the same, and when she tries an accent it is dreadful. She really did the story a huge disservice and her poor performance is a large part of the reason that this book will remain on my unfinished list.