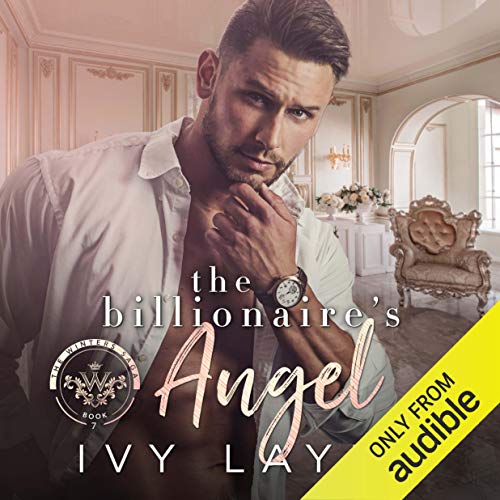 By: Ivy Layne
Narrated by: CJ Bloom,Beckett Greylock
Try for £0.00

He thought the fight was over until his heart was on the line.

I thought coming home would solve all my problems. I've never been more wrong. After a decade in the military, I'm more at home in the desert than the mansion where I grew up. I want to pretend that six months as a captive didn't change me, but ever since I escaped, I haven't slept. Nightmares. Flashbacks. Nothing makes sense anymore. Until I see her. Standing in the moonlight in her white nightgown, she looks like an angel. The second I touch her I know she's all woman.

Sophie's no angel, but she just might be my salvation. If I can convince her to let down her guard. Secrets lurk in her green eyes. Secrets that threaten our fragile connection. Secrets that could steal her from me. Home was supposed to be safe, but now I'm in the fight of my life to save the woman I love, before I lose everything.

What listeners say about The Billionaire's Angel

Good mix of romance and suspense

This instalment of the series revolves around Gage Winters and Sophie the live in nurse of his elderly aunt.
Past traumatic experiences have had a profound impact on both of them as Sophie is extremely cautious of entering into a relationship with anyone.
The narrators did an amazing job of bringing all the characters to life. This has been an enjoyable series and I can't wait to listen to the following instalment.
💕💕💕💕💕

Gage had been gone from home a long time. To come back and find that he can't sleep and the sense of nothingness. He tries to engage his cousin only to be evaded. Gage finds an angle one night in the mansion. Although Sophie would not describe herself that way. She feels a sense of escape. She finds respite in the home of a wealthy family. She finds a friendship with a mischief old lady. She finds content in the arms of a man she should not want. Gage and Sophie find that they complete each other. But someone has different plans for the two of them and the rest of the family also.

There still continues the underlying mystery of who and why some things keep happening. Who keeps leaving the pictures? Who keeps sneaking in to the house? Why? How? Will this drag through to the very last book of the series or will we get some closure. Or just more bread crumbs. I still think its someone very close to the family.

The audio of this book was smooth, clean, clear, and complementary to the read itself.

I enjoyed this but...

I enjoyed this novel as I did the previous ones, but Gage was too possessive for my taste. Especially when Sophie was just coming out of an abusive, controlling marriage. He was equally controlling and obsessive. I'm all for alpha males, but Gage wanted to control her life and everything that went on around her too much for me. Other than that, I really enjoyed this book and we'll definitely download the next.

At this point, the only story in this series that I haven’t listened to is Abigail and Jacob (primarily because reviews and the blurb indicate that he is abusive to her). This one is Sophie’s story. Interestingly, the idea of two suffering souls coming together is one of my favorite tropes. And I did really love Gage. Unfortunately, Sophie’s character just felt very flat and one dimensional to me. She was nothing but suffering, misery and self-loathing. It was exhausting and got pretty boring quickly. CJ Bloom has done a pretty good job on all of these books, so the fact that her voice comes across as whiney here is not so much the fault of the narrator as the lines she has to deal with.

The plot was all over the place. We’ve got Annalise and her stalker. The break ins in the house and the dead husband mixed up with the mob. It just begins to push the boundaries of common sense. The fact that no one jumps straight to investigating all the people closest to the family, including friends and family, shows severe lack of common sense. How would a stranger know secret hiding places or be able to circumvent security? Why don’t the family members have round the clock body guards? Not just someone at the gate, but individual guards inside and outside the house for each person who accompanies them anywhere they go.

These people are described as basically being Jeff Bezos level of wealth. Therefore, they should and would have personal body guards at all times to prevent kidnapping for ransom or just to protect against harassment. This is particularly true given their family’s history.

The others in the series somewhat seem a little less obvious in the plot holes, but this one just pushes a bit too hard to be able to ignore.

I felt like it started out strong. I was fully prepared to love this story, but I ended up slogging through it. It won’t be worth a reread, sadly.

Another great addition to this series

Sophie is a gentle soul with a tumultuous past that haunts her constantly. Gage is ex military who is haunted by his distant and recent past. Coming home after 12 twelve years the gentle nurse Sophie who takes care of his great aunt may be his salvation. Sophie finds safety and a sense of normalcy in Gage’s arms. They both find a passion that neither ever felt before. Can these two hot sexy people finally find the peace and put their tormented pasts to rest? After all, love can heal and soothe the soul 😉

I enjoyed this audiobook very much. The heroine is the survivor of an abusive marriage and only escaped when her husband died. The her is a recent POW who has returned to civilian life and meets the heroine who is caretaker for his elderly aunt. Their romance is both hot and sweet, but complicated by someone who keeps breaking into the house. Then suddenly, her “dead” husband shows up and all hell breaks loose. The narration was very well done.

I really enjoyed reading this book. I look forward to reading more books by this author in the near future.

It was a great book with romance, excitement and drama

The narrators did a great job. The one thing that would’ve made it better for me was less inner dialogue.
More hot and steamy sex scenes.
But all in all I enjoyed the book. I just don’t care for books with so much inner dialogue. I would rather have the H/H talking more between each other. But I will continue to listen to the series until I find out who killed the two sets of parents. I have a feeling it’s someone very close to the family.

love this story that shows PTSD can come with many terrible experiences in life. wonderful love story. as a retired private duty nurse I could really feel how nurses become members of this family.